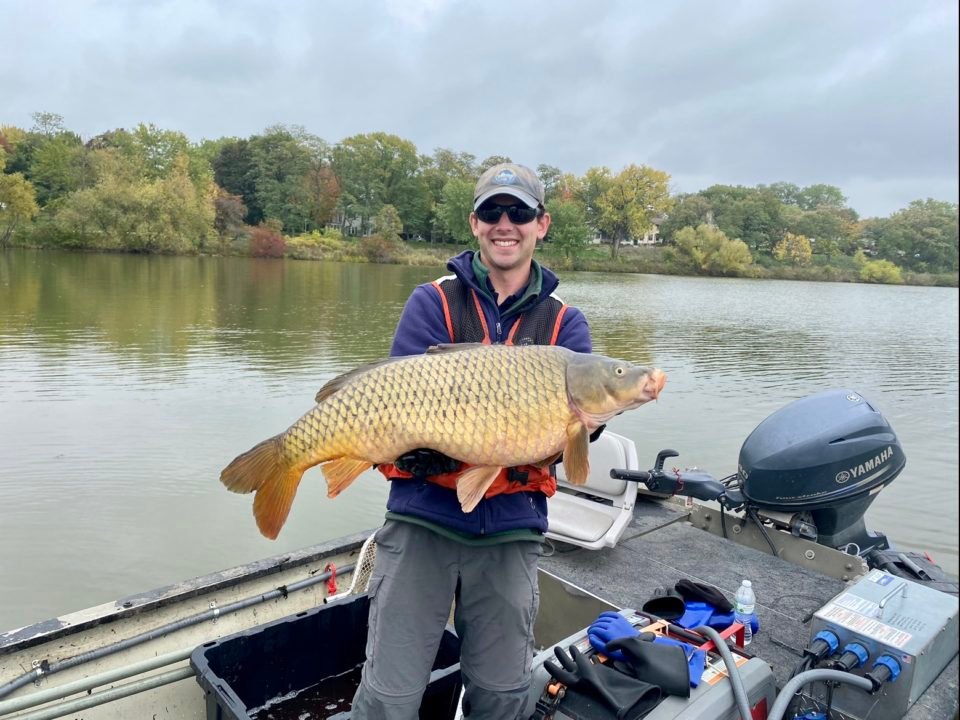 Several large carp over two feet in length were tagged during the 2021 survey. 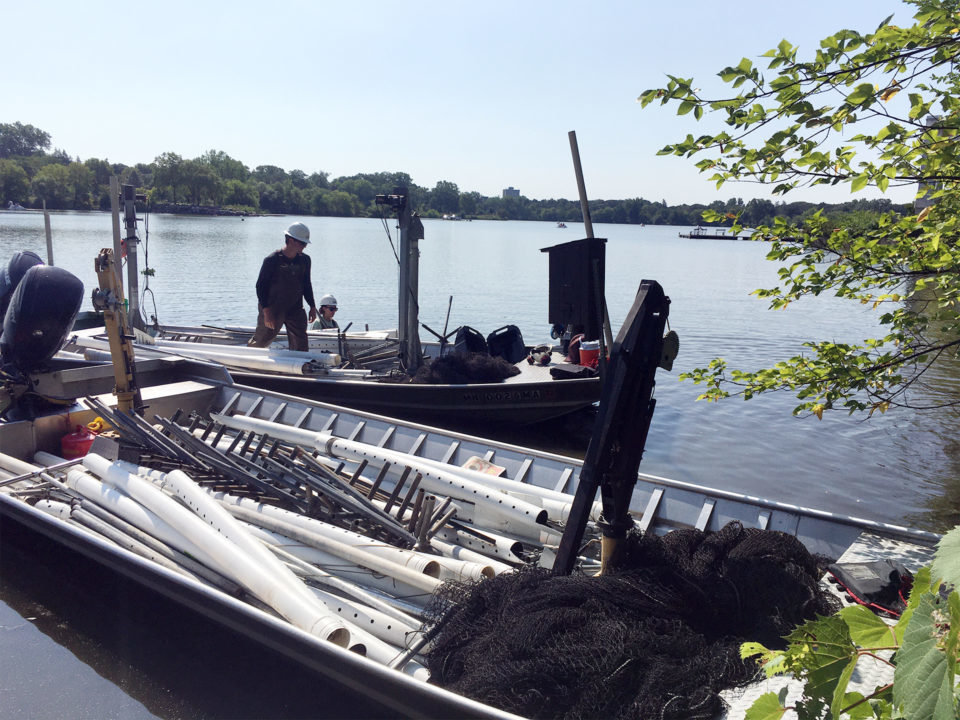 Box nets and supplies were loaded in boats for installation. 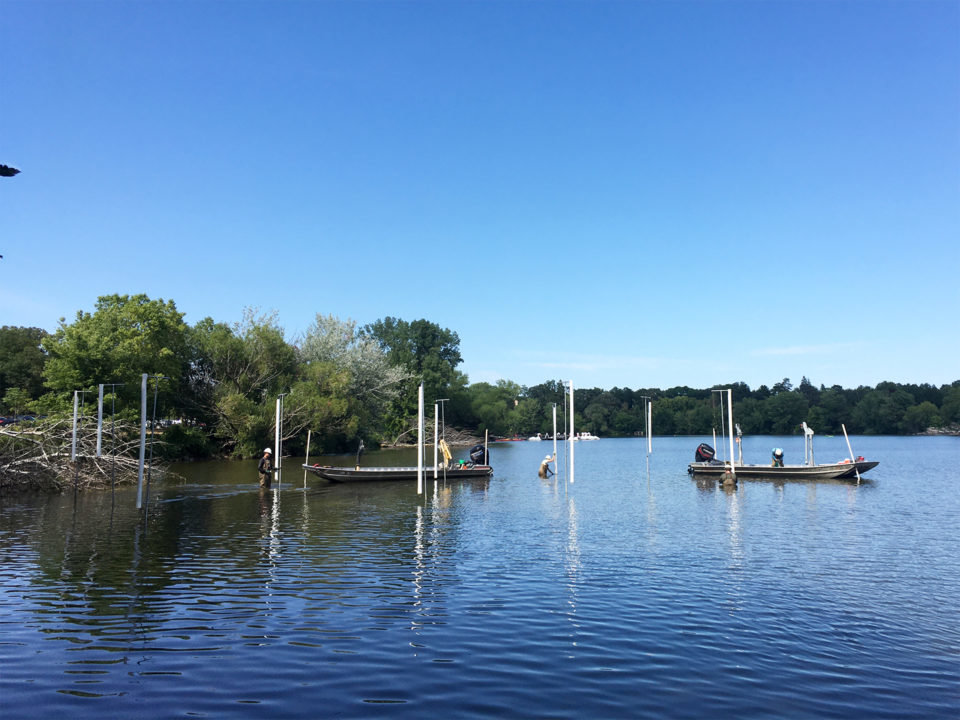 The box nets being installed in Como Lake. 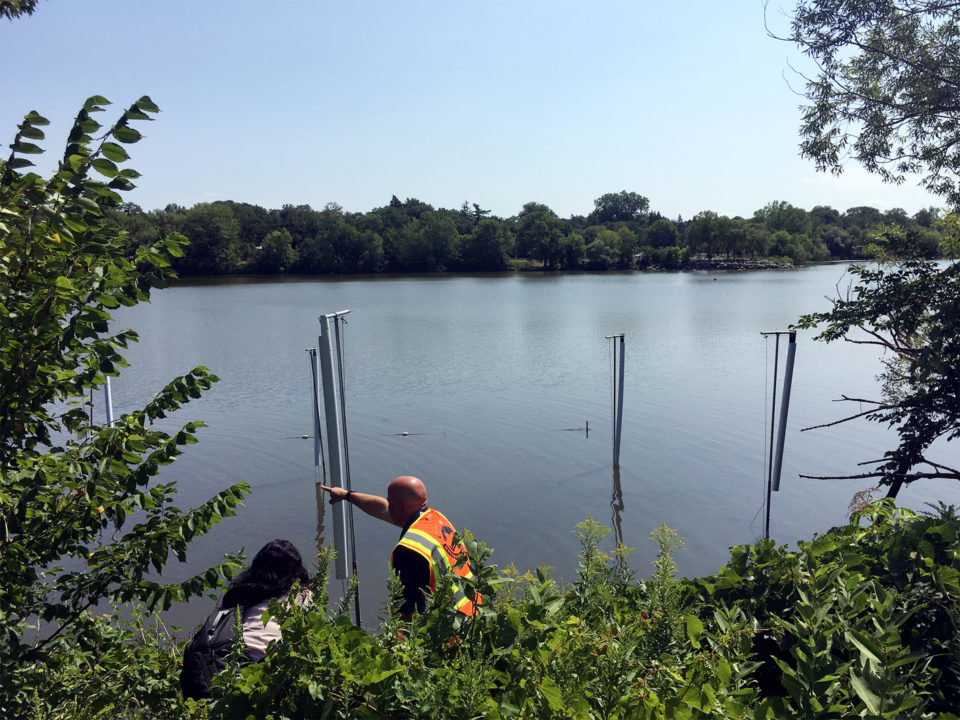 Inspecting the box nets from shore. 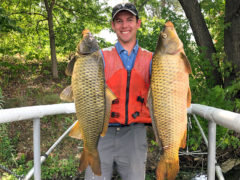 Capitol Region Watershed District (CRWD) is scheduled deployed four large box nets on Aug. 10 to catch and remove common carp over a period of 4-5 weeks in Como Lake. Common carp are an invasive fish that contribute to poor water quality by stirring up the bottom of the lake while searching for food. During feeding, they uproot plants, muddy the waters for native fish, and allow excess nutrients stored in the lake bottom to be released and later consumed by algae. Common carp are one of the most damaging aquatic invasive species due to their wide distribution and severe impacts in shallow lakes and wetlands.
Common carp are native to Europe and Asia. They were stocked as a game fish across the Midwest in the 1880s, and have since become overabundant in many waters. Today, common carp are an invasive species regulated by the Minnesota Department of Natural Resources, which means releasing them into the wild is not allowed. Fish caught while angling may be returned to the same water body.
In 2021, CRWD conducted a survey of the number of common carp in Como Lake and estimated their population to be above the critical threshold for water quality. Carp caught during the survey, and throughout the spring and summer of 2022 were tagged for tracking and later removal. While removal is needed, the carp population in Como Lake will be further limited by poor spawning habitat and abundant bluegills that feed on carp eggs. Additionally, new carp can’t migrate into Como Lake since it has no inlets from other water bodies.
In August and September 2022, nets will be set around the lake and baited with corn, a food attractive to carp but not of interest to other fish in Como Lake. The tagged carp will allow CRWD staff to track when they are gathering in the nets. CRWD will use this information to pull in the nets at the best time to catch as many carp as possible. By reducing carp populations in Como Lake, CRWD is working to ensure that water quality improvements continue.
This project builds upon decades of work to achieve cleaner and clearer waters in Como Lake and is a critical next step towards protecting it for generations to come, said Bob Fossum, CRWD Monitoring and Research Division Manager.
Learn more at capitolregionwd.org/carp-removal