News for everyone, delivered to everyone
Building a stronger Midway 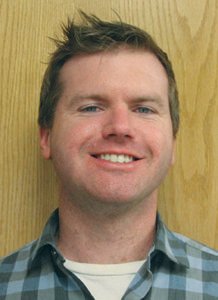 Spring is in the air. The weather is warming up, the days are getting longer, and plants are blooming. Between that and more people getting vaccinated, many of us are ready to get out of the house and explore. One way to do that is by trying a new restaurant (or at least trying it in person instead of take-out). Here are some recent openings and re-openings in our community.
After watching their previous building burn down last May, Bole Ethiopian Cuisine has opened in a new location at 1341 Pascal St. Though no longer on University Avenue, the new location offers a patio, larger indoor space, and ample street parking (other than during the Minnesota State Fair as its only a few blocks from the main entrance). Bole reopened March 16, originally for takeout orders but now for in-person dining, too. The liquor license will be effective mid-May and the Midway Chamber is hosting a ribbon cutting May 27. The menu is expanded with the new location.
Another longtime fan favorite also recently reopened after being forced to close after civil unrest. Peking Garden opened its new doors for take-out on March 18. Now located at the old Mai Village/Tapestry space at 394 University Avenue, Peking Garden is dishing up many favorites but without the buffet. Parking is available in a lot directly behind the building at the corner of Western and University.
Looking for a completely new restaurant? Check out Hodma, a Somali-Mediterranean fusion restaurant at 1197 University Avenue. Hodma is open for breakfast, lunch, and dinner with a menu boasting many options. The site is next to a dance studio and used car dealership and run by multiple generations of a family with longtime Midway roots. Parking is available in their lot, and there are also many spots along side streets.
After the most difficult year restaurants have ever seen, the site of new openings and re-openings is refreshing! Next time you want to eat out, try a new restaurant.