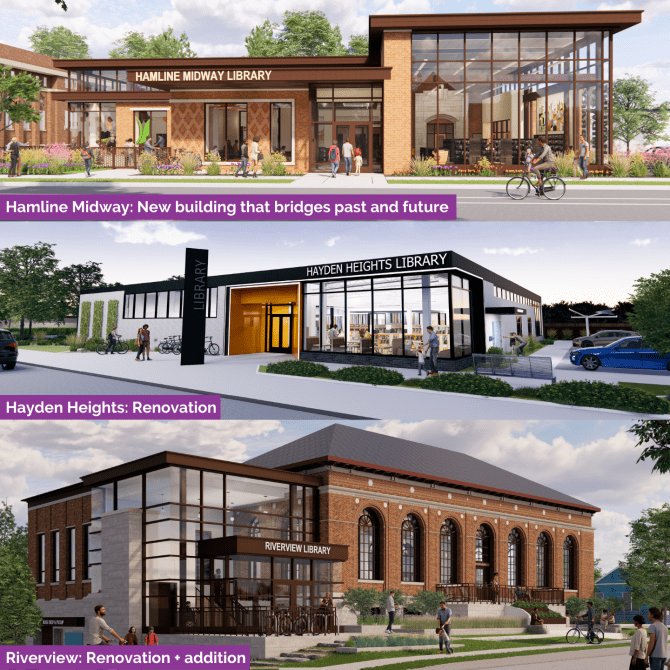 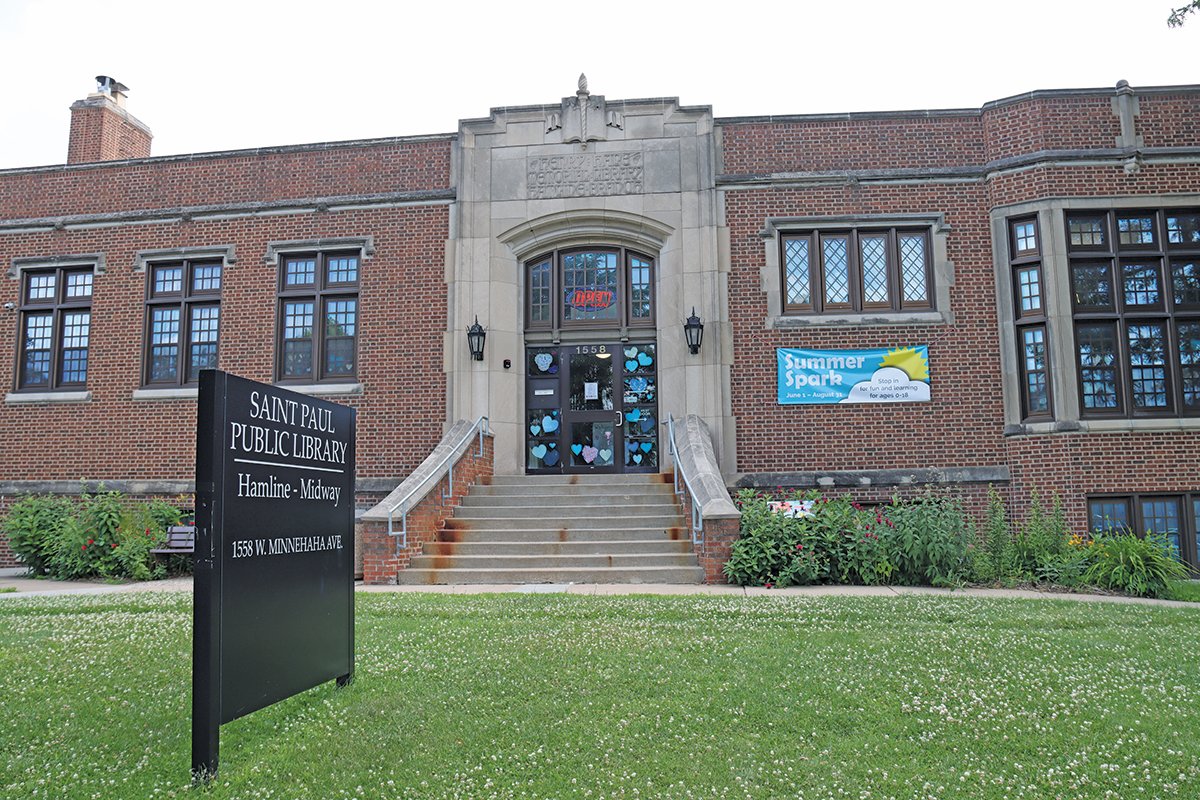 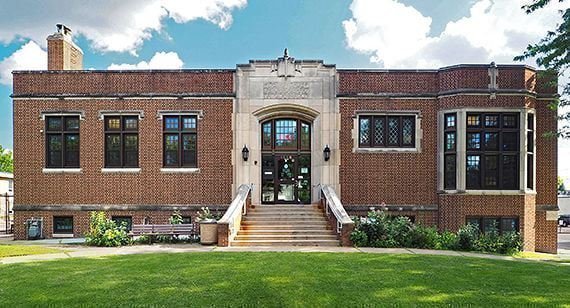 This was an earlier Option A for the Hamline-Midway library.
Previous Next
Posted Wednesday, November 9, 2022 11:53 am
By JANE McCLURE

Designs for a new Hamline Midway Branch library have been unveiled, as efforts to save the existing building continue. Designs and floor plans for Hamline Midway, Hayden Heights and Riverview libraries were released Oct. 31, 2022, with community open houses Nov. 5.
Hamline Midway is the only one of the three projects with funding in place, of $8.1 million. It is also the only project involving library demolition, razing the structure at 1558 W. Minnehaha Ave. The other two libraries will be renovated. The projects are part of the city’s Transforming Libraries initiative, working with LSE Architects. Library leaders point to months of community engagement including virtual and in-person meetings, pop-up events, surveys and other outreach.
The designs released are final, said Barb Sporlein, interim library director. Public art and some finish colors may change but otherwise the designs are as released.
Demolition of Hamline Midway Branch is expected in the spring, with construction to take about 14 months. Opponents of demolition have organized as Renovate 1558 and criticized what they see as a less than transparent city process with a set outcome.
The quest to save the 92-year-old Hamline Midway building continues at the federal level, to place the library on the National Register of Historic Places. The nomination is based on its community significance, educational and social history and history of community libraries. While a successful nomination doesn’t guarantee preservation, it would force the city to do more extensive documentation before demolition.
The U.S. Department of the Interior contacted the State Historic Preservation Office (SHPO) in October, asking that the library’s nomination be presented to the State Historic Preservation Review Board. The city’s Heritage Preservation Commission (HPC), after not being able to vote for or against a designation request, voted to not take a position on the nomination request. City leaders, including Mayor Melvin Carter, have objected to designation.
Barbara Bezat, who prepared the National Register nomination, said the city in its efforts to block state review misinterpreted the motions at the HPC. “The HPC decided to make no recommendation and the nomination is properly before state officials,” she said.
The State Historic Preservation Review Board will consider the library’s nomination at 6 p.m. Tuesday, Nov. 15. The meeting is virtual and the public can testify. A link to it and materials is at https://mn.gov/admin/shpo/registration/review-board/meetings/
Bezat said it is significant that Joy Beasley, keeper of the National Register, sent a letter to Deputy State Historic Preservation Officer Amy Spong stating that the library’s nomination should be presented to the State Historic Preservation Review Board, despite objections from city officials.
After the HPC meeting in August, Carter sent state officials a letter saying the library doesn’t merit designation. HPC staff then sent a letter saying the commission made a procedural error by allowing multiple motions, and that only the first failed motion to support the nomination should count as an objection. Bezat then successfully argued that the HPC staff letter didn’t reflect the commission’s intent. The keeper of the National Register agreed, saying that the library meets criteria for a National Register listing, and the state process moved forward with the upcoming hearing. If the state board agrees, Beasley then does the final review of the nomination.
But Sporlien said Hamline Midway branch needs to be torn down due to its condition and design, which has access and safety issues. She said the existing front door arch will be preserved inside the new structure, and will be used to lead into a community meeting room. A brick diamond design planned, but not used in the 1929 building, will be used in the new library.
Bricks from the current building will be used inside and outside, and existing woodwork will also be reused inside.
Full reports on all three libraries are available online at sppl.org/transform.