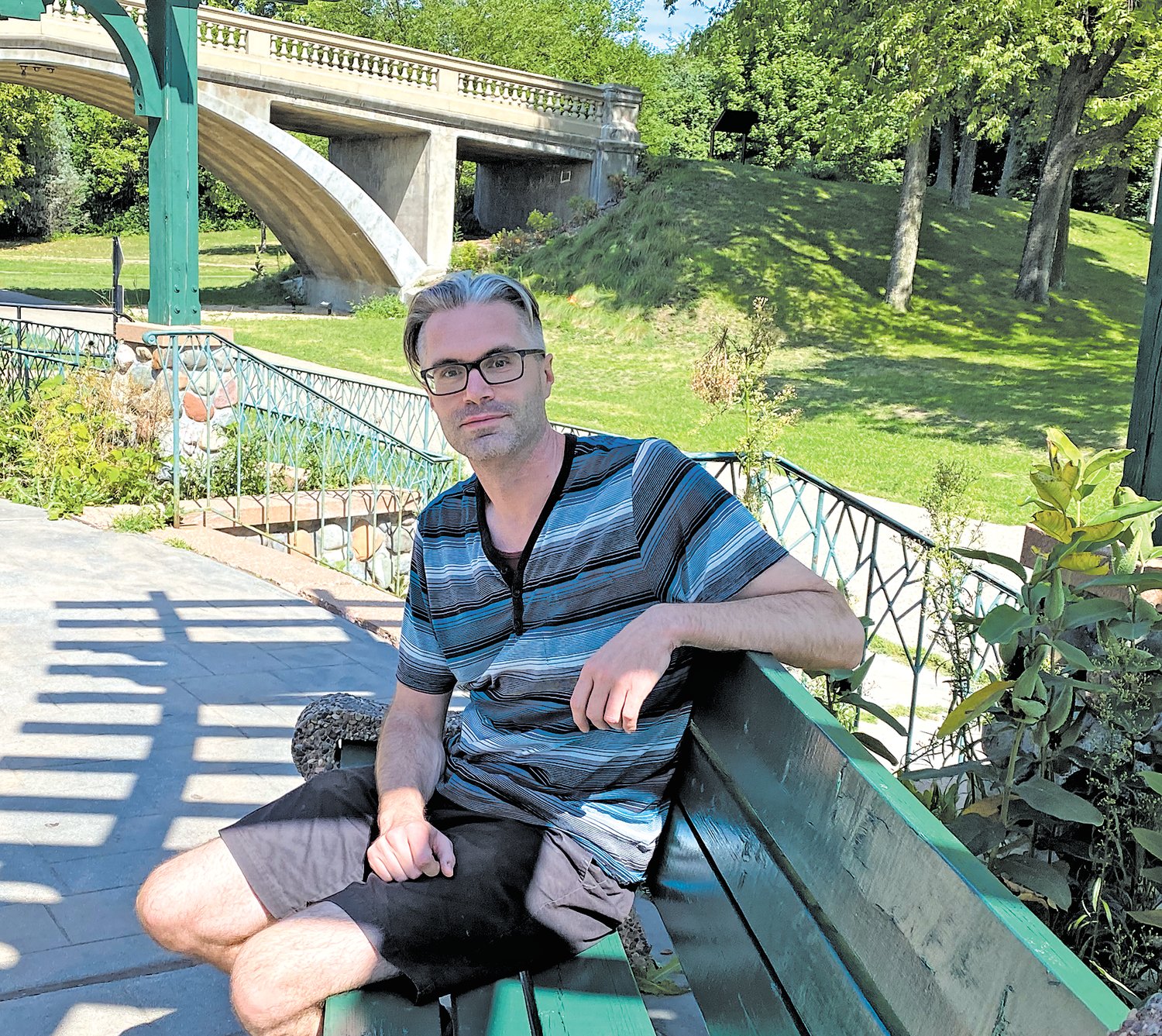 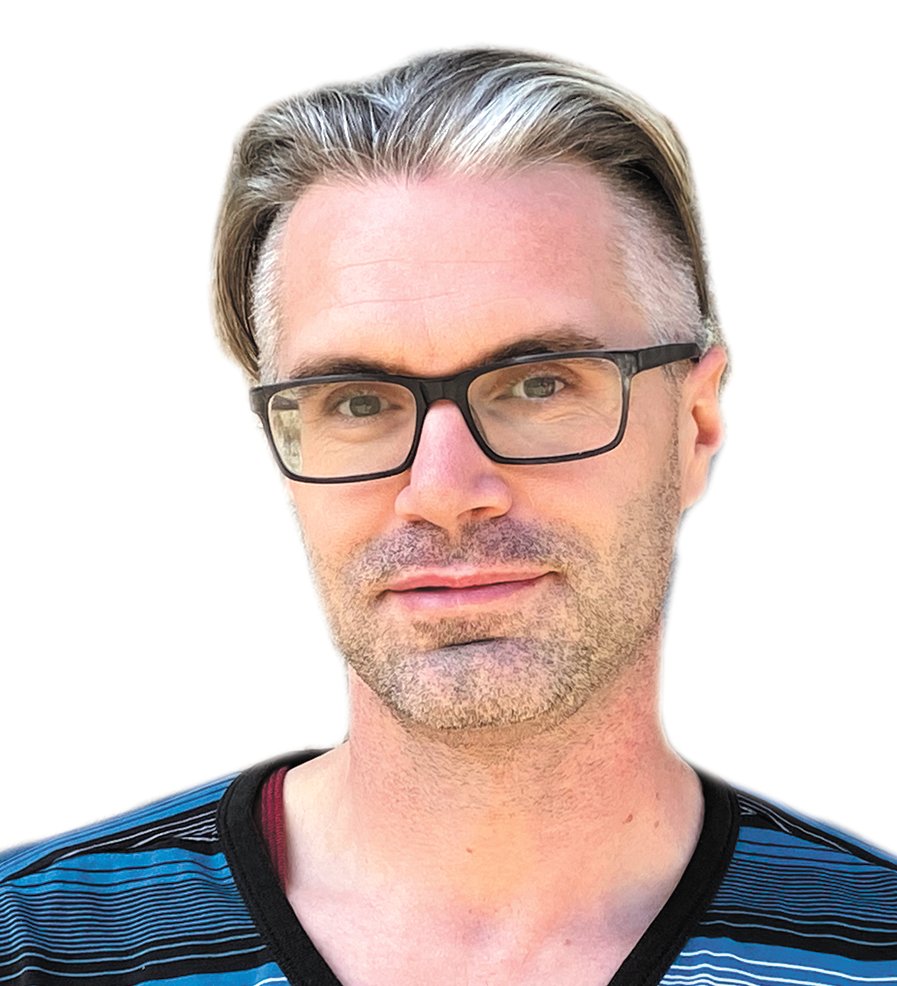 A former riverboat captain is District 10 Como Community Council’s new executive director.
And Shevek McKee found out about the job by reading the Midway Como Frogtown Monitor that was delivered to his new home off Lexington in the Frogtown neighborhood.
What is this organization he’s helping lead? In the words of McKee: “A district council is a neighborhood community organization that helps people work to make their neighborhood a better and more welcoming place.”
McKee replaces Michael Kuchta, who left to take a job on Madeline Island. McKee is the district council’s only full-time staff member. Como also shares a community organizer with District 12 St. Anthony, Jessica Willman.
McKee enjoys his one-mile bike ride to work in the Historic Streetcar Station.
“While we had applications from strong candidates, Shevek brought the specific skills we needed in website and database technology and design, as well as volunteer recruitment and management and leadership skills as evidenced by his recent role as board chair for District 17 Capitol River Council,” remarked District 10 Board Chair Jill Henricksen. “With his knowledge of the district council system and city departments combined with the other important skills he brings, we were confident he would be a great fit for us.
“In addition, Shevek is committed to our anti-racism work and new community engagement initiatives we’re planning for next year. We’re excited about new partnerships to help advance our work. Shevek will be critical in helping us carry out this work and achieve our goals.”

He owned a truck
McKee’s gateway into with district councils happened because he owned a truck.
While living on the East Side in a home he owned for 10 years, he got recruited to help a buddy and his neighbor haul items away during a citywide drop off event at Harding. He hauled fridges up from basements about 30 times. “It was quite an experience,” recalled McKee. “Most people you’d never met before but they’re your neighbor. It was quite a system.”
(By the way: Need to get rid of something this fall? There’s a citywide cleanup at the State Fairgrounds on Sept. 18, pointed out McKee.)
He moved to an apartment in Lowertown in January 2019, and decided to join the district council there.

‘I was curious’
A lifetime St. Paul resident, McKee’s father still lives on the East Side where he grew up. McKee graduated from Harding High School in 2002. A neighbor worked at Paddleford River Boats, and McKee decided to give it a try.
He worked as a riverboat captain for the next 16 and a half years.
“I really enjoyed it,” said McKee. The job was full of all the things that come with helping run a small business.
But when things came to a screeching halt due to COVID-19 in March 2020, he was laid off.
McKee put his extra time into learning how district councils function. “I think a lot of people join the district councils with a particular issue in mind,” he observed. It might be that cars are driving too fast down their street or they want something different in their park. “I was more curious about how everything works. How do decisions get made in the city?”
At district councils, they are limited by time and resources, in part because the board members are volunteers. “People want to bring us ideas and they want us to make them happen,” he said, but he’s learned that “the person who will be the biggest champion of an idea is the person with the idea.”

Up first: website and bylaws
One of his first projects after starting on June 14, 2021 was getting a new website up and running for District 10. The district had paid for a redesign two years ago but the Wordpress-based site never launched. It is now live.
McKee is looking closely at how the board is structured and its bylaws. There have been about five vacancies in the last eight months.
Currently, the chair, vice chair, secretary and treasurer are their own seats on the board. In other district council they are positions held by board members. Because of the District 10 bylaws, when someone becomes chair, for example, it triggers a special election for their now open board seat. This leads to frequent special elections. If the positions of chair, vice chair, secretary and treasurer weren’t seats, it would open up other positions. These could be designated for youth, renters, or others.
“During his interview, Shevek said he would not jump into the executive director position and make quick, and possibly mistaken, changes but instead first observe and learn. True to his word, this is precisely what he has done,” observed board treasurer Mike Ireland. “Through this approach, he has gained trust and integrity with board members and those in our community he has begun to work with.”
Ireland has been on the board for six years and plans to step aside in April 2022. He feels like he’s leaving the organization in good hands with McKee as executive director. “His forward-thinking leadership, commitment to our community and concern for prioritizing our work on anti-racism, equity and inclusive participation as important reasons all of us should regard the Como Community Council’s future with ever increasing confidence,” said Ireland.

Helping folks get involved
Looking out long-term, McKee is considering how to offer education resources for residents based on the questions people ask. What can a community member do to get a better response from the city or county? How do you read a city council agenda? How are city council meetings organized and how can you view the meetings?
“I would also like to build up relationships with other organizations in the community,” said McKee. “I’m still learning what those relationships are.”
He feels successful when he’s able to help community members make connections. Like when a citizen called and he helped him plug in as a volunteer at the food shelf.
“I really like the times when we are able to offer the right tools and the stars align,” said McKee.

Simplifying the process
“A lot of people feel like the city council doesn’t listen to individual community members,” remarked McKee. “I’ve experienced a mixed bag. It depends on what you’re saying.”
A place where residents can begin to be heard is at the district council level. Meetings are open to the public, he pointed out. “But it’s not perfect.”
McKee recognizes that not all people feel comfortable with the committee/board structure as a whole, and there isn’t enough diversity at meetings.
“What we need to do is find ways to simplify the process,” he said.
District 10 is looking for a partner to do equity work in a meaningful way. “Our boards are made up of mostly White people. How can a group of White people make that change?” he asked. An anti-racism work group was in place when he started. The next step is to do an internal assessment. Right now, there is one person of color on the District 10 Board.
“There are a lot of complex issues which is why we need outside help to do it appropriately,” said McKee.
Meetings are being held remotely due to the pandemic. McKee anticipates that eventually they will offer a hybrid option although he’s not sure how they will produce a video version yet.

He’s composting now
McKee and partner Ashley Carlin bought a house in Frogtown in April 2021. They enjoy biking, walking, and cooking – and have recently dove into composting their food scraps by bringing them to the Ramsey County Organic Composting site at 1115 Beulah Lane that recently opened. Want to join them? Pick up a kitchen starter kit with compostable bags and a reusable bucket at the District office in the Historic Streetcar Station, 1224 N. Lexington Parkway (northeast corner of Lexington and Horton).
Here’s a tip that McKee learned the hard way. Put the compostable bag inside a paper bag before transporting it in your bike basket to avoid it dripping or ripping.
He’s wondering: “What’s in your food scrap recycling bin?” Maybe it’ll be a new Meet Your Neighbor series.