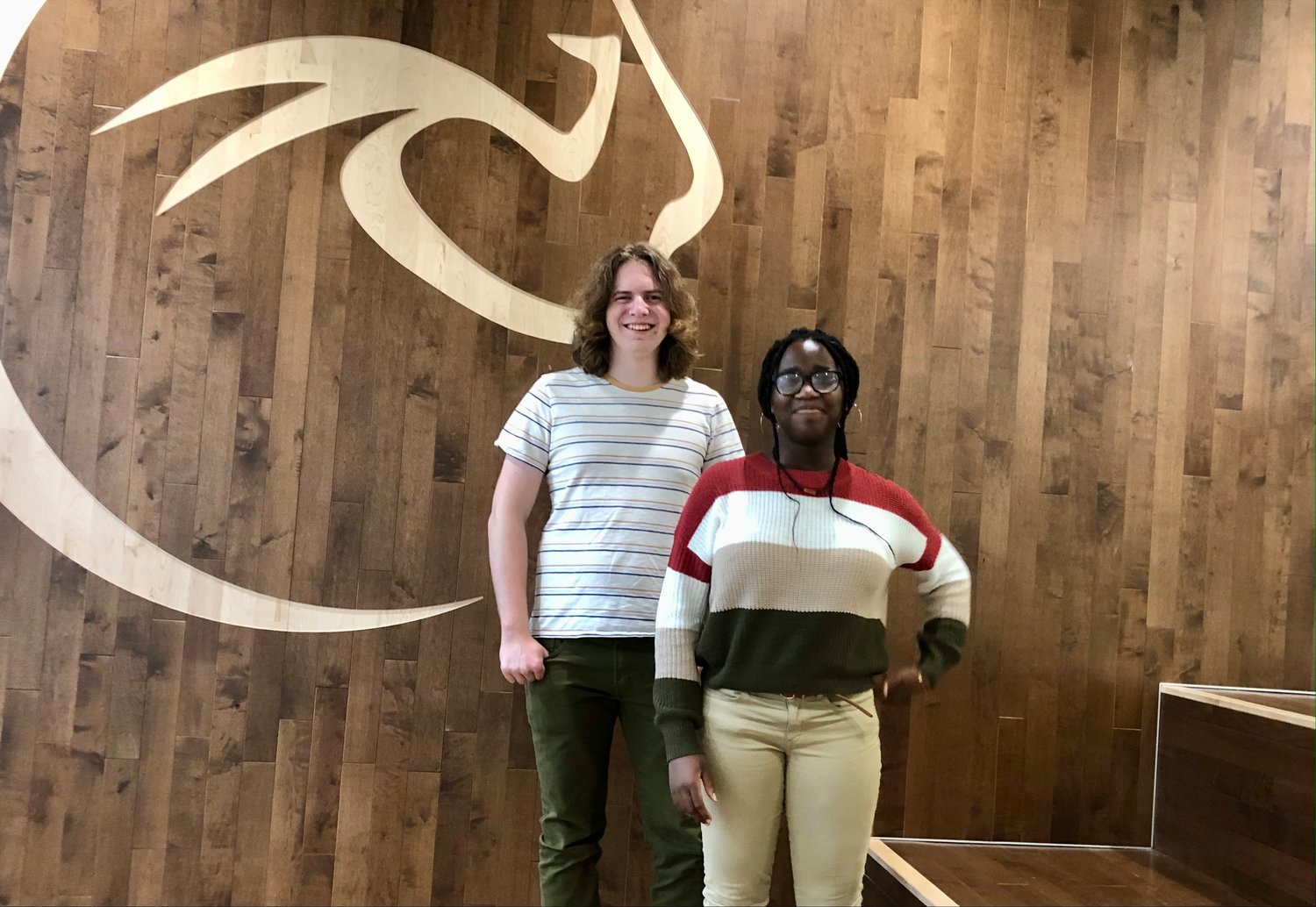 For a second straight season, Chikamso Chijioke and Sam Skinner qualified for the Minnesota State Debate Meet. Competing in the policy division, the duo advanced to the quarterfinal round of the virtual event held Jan.14-15. Overall, they won three of five debates in the state tournament.
Debate teams prepare arguments for both sides of a policy issue. This year’s resolution focused on the environment: The United States Federal Government should substantially increase its protection of water resources in the United States.
Chijioke and Skinner started debate as novices in ninth grade. The two state tournament qualifications during their junior and senior years reveal the development of their talent. More than “being good” at debate, they both enjoy the process.
“I like engaging in an activity that makes me think about real-world issues and stimulates critical thinking,” Chijioke said.
Unlike most competitive high school activities, there is a national tournament for debate and qualifying is done independently of state meets. Last December at a district tournament, Chijioke and Skinner seized their opportunity to qualify for nationals. They’ll travel to Louisville, Ky. in June for the National Speech and Debate Tournament.
“I am proud of us because we have really improved,” Chijioke said. “I’m pretty excited for nationals and I think it’ll be a good conclusion to my high school debate career.”

MIA: ‘RACISM AS A PUBLIC HEALTH CRISIS’
Sydney Wilcox brought her painting classes to the Minneapolis Institute of Art (MIA) for analysis of a new exhibition. What made the field trip personally impactful was seeing the paintings of 13 Como Park students whose creations were selected to be in the gallery.
The exhibit showcased student art from three urban schools that collaborated with the MIA on the theme of “Racism as a Public Health Crisis.” Professional artists mentored Como students during the fall, helping connect complex social issues to their painting lessons and address racism through art.

Career Fair
A Career and Trade Fair at Como Park High School is planned for Wednesday, Feb. 23 from 10:45 a.m. until 1:30 p.m. Como staff organizing the event are seeking volunteers from the community to participate and share experiences and information from a variety of professions and trades.
The event is a collaborative effort by the school’s Career Pathway Center, Counseling Department, and Get Ready program. Plans include having a rotational schedule for students who visit the fair and to have students register ahead of time in order to participate. To accommodate social distancing and provide more personal interactions, each session will be capped with a limit of 50 students.
Event coordinators are particularly interested in finding volunteers who are women in male dominated professions and BIPOC professionals to share their career experiences. If you have personal or professional connections who would be willing and able to share their careers with Como students, please email Mai Chue Moua at mmou.getr@spps.org