News for everyone, delivered to everyone
Under the hood 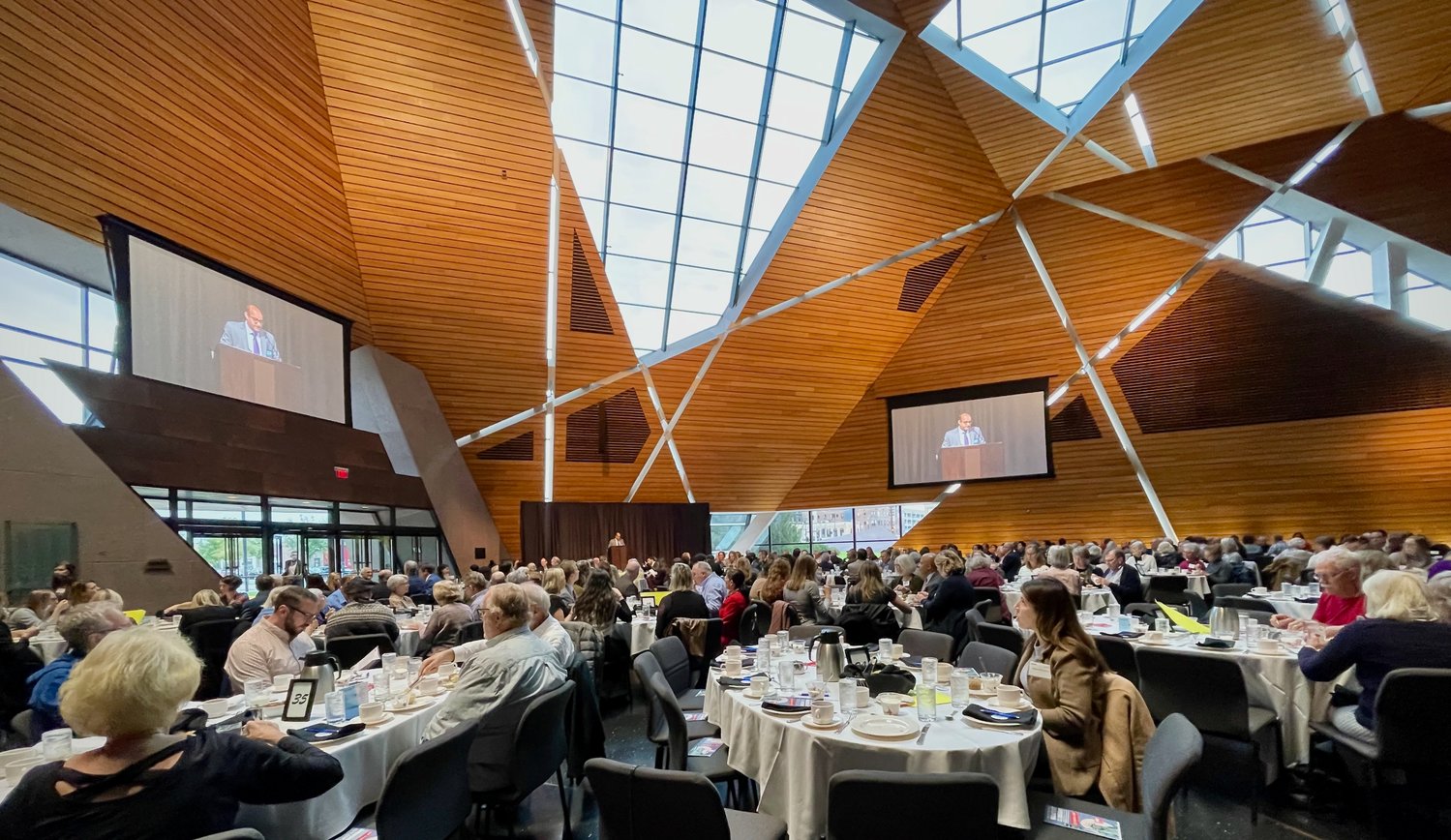 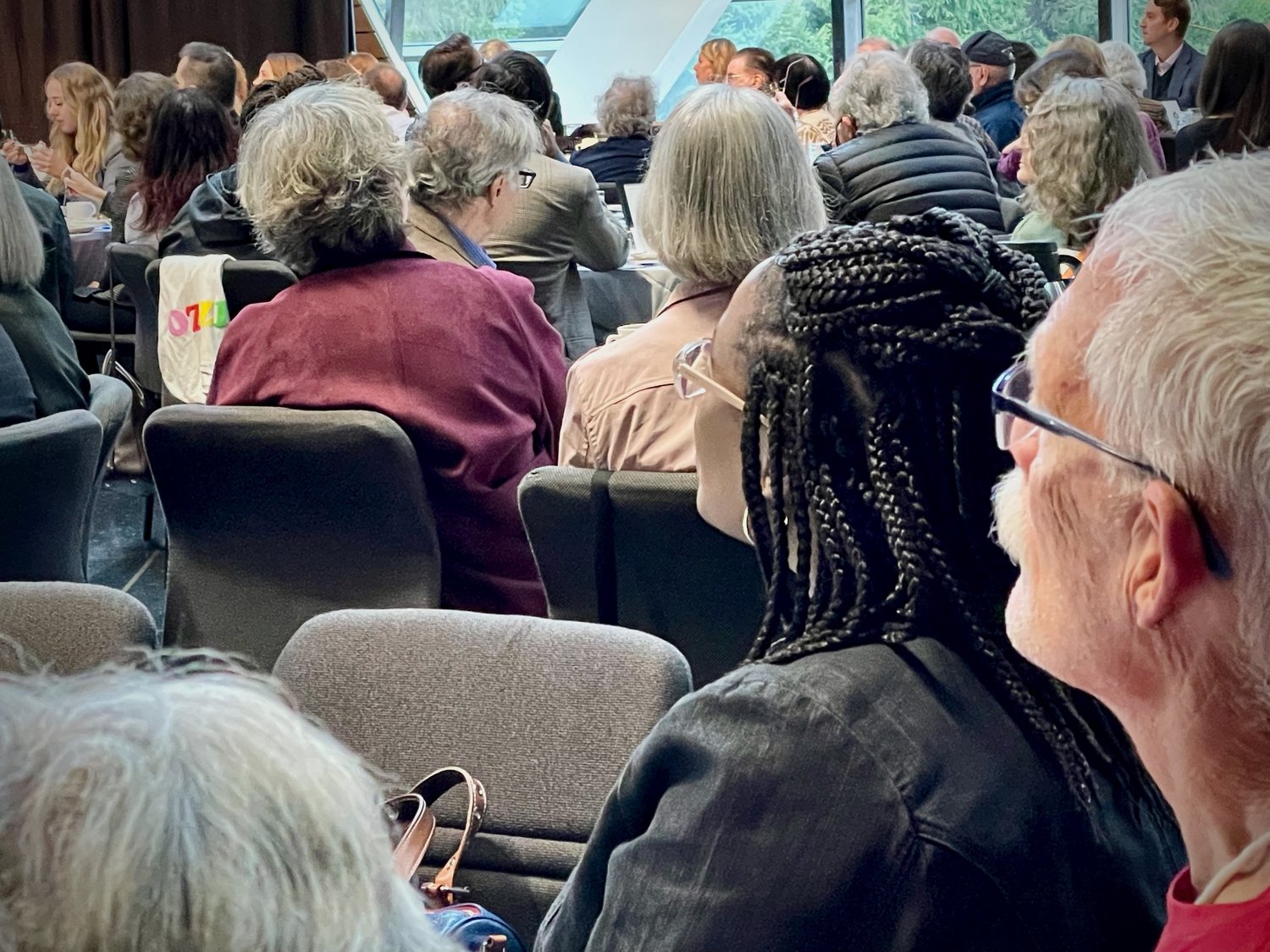 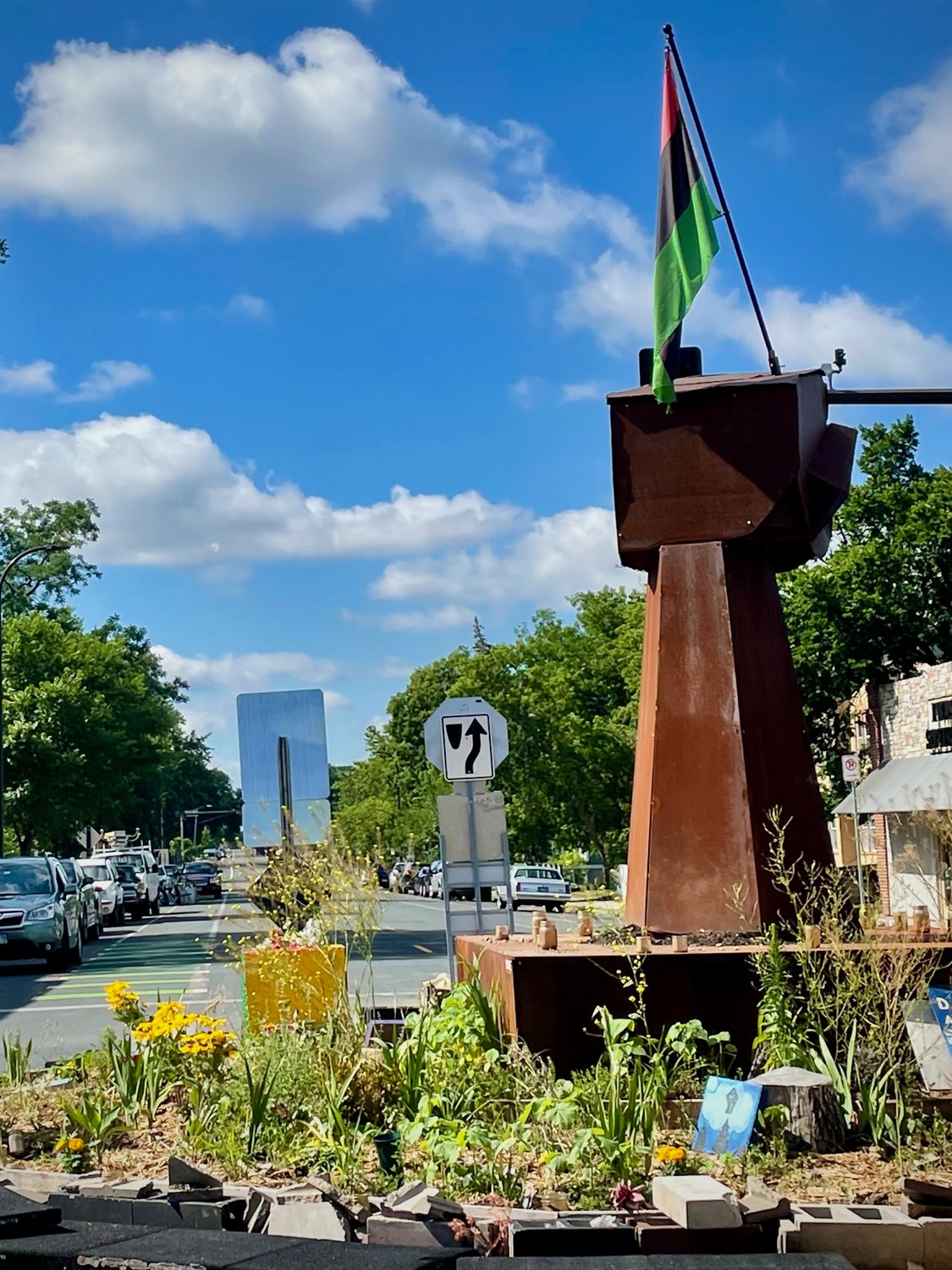 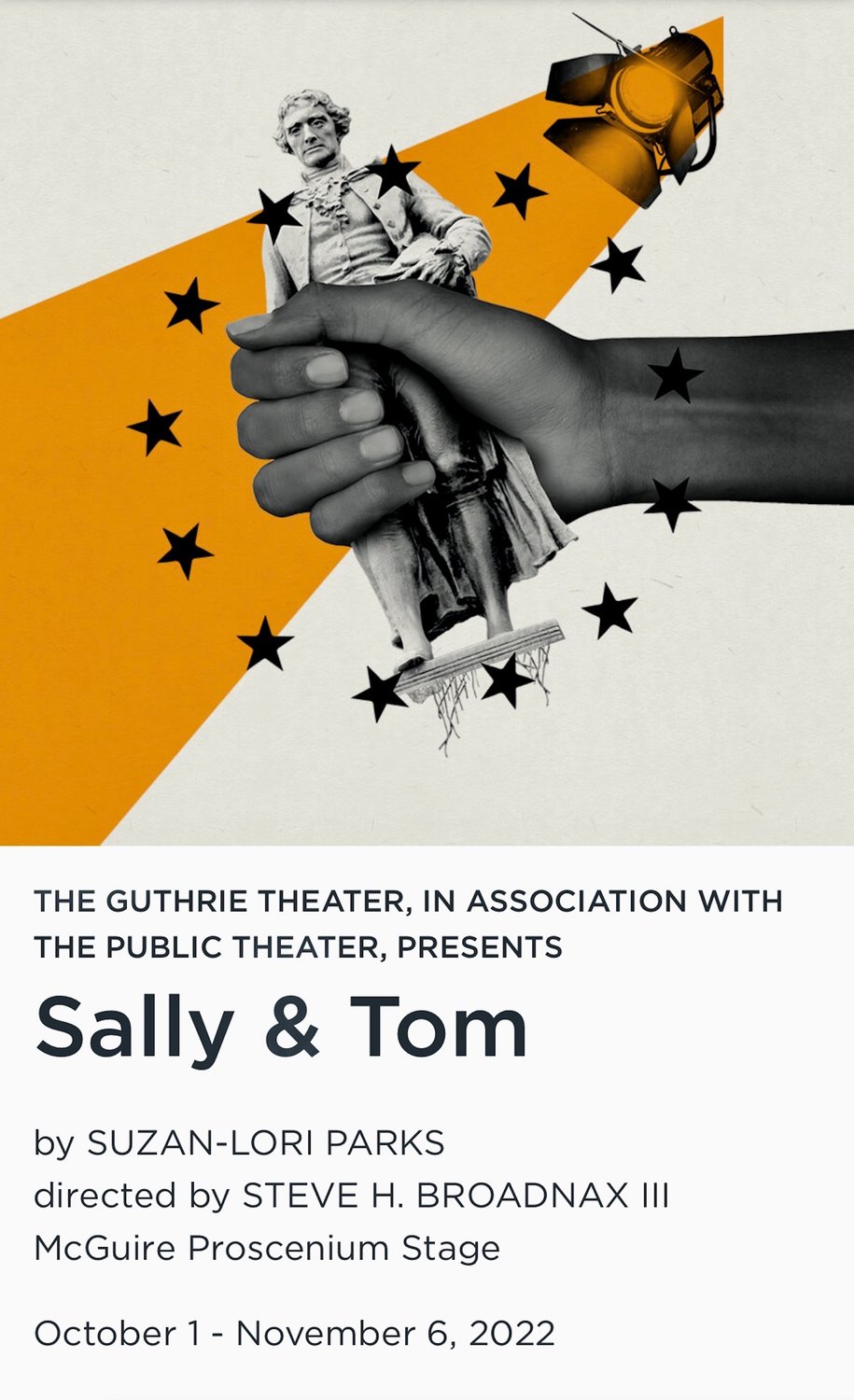 Something under the hood is not immediately apparent or obvious. This column will uncover stories that span the neighborhoods covered by TMC Publications. Susan Schaefer is a widely published independent journalist, creative writer, and poet. Her articles appear in the Minneapolis Star Tribune, PBS’ online magazine, Next Avenue, Next Tribe, and beyond. She was columnist and features writer for Minneapolis’ Southwest Journal and Minnesota Good Age magazine.

When in the course of human events...*
Sometimes coincidence sparks a column. During the second week of October my volunteer work with the ACLU and attending a Guthrie Theater play coincided with what would have been George Floyd’s 49th birthday providing a unique opportunity to introduce how the work of two mainstay Twin Cities institutions supports our civil rights. (*Preamble of the United States Constitution)

The Legacy of George Floyd’s Murder
Residents across the metro area know better than most that the 2020 killing of George Floyd in south Minneapolis changed history. Sparking protests across the United States and around the globe, Floyd’s death fittingly raised the tenor of public discourse about structural racism and its devasting impact on the lives of our citizens.
On Friday, Oct. 14, 2022, Floyd’s birthday, the National Urban League issued a press release stating that, “civil rights leaders called on the U.S. House of Representatives to pass the George Floyd Justice in Policing Act – a critical step to holding law enforcement accountable for unconstitutional and unethical conduct.” Passage of this act is overdue.
According to Sherrilyn Ifill, President and Director-Counsel of the NAACP Legal Defense and Educational Fund, Inc., “The killing of George Floyd held a mirror up to a truth about the American legal system.” Civil rights leaders were moved to action by watching Derek Chauvin’s sneer as he bore down of Floyd’s neck, “believing that nothing was going to happen to him, that he would face neither criminal penalty nor civil liability,” Ifill said.
Although Chauvin has been found accountable, more safeguards of our civil liberties are needed, as is more public dialogue. During the second week of October, the anniversary of Floyd’s birthday, our regional American Civil Liberties Union (ACLU of MN) and the Guthrie Theater held events that promoted public discourse about our civil liberties and civil rights.

A brief history of civil liberties
In 1787, in my hometown of Philadelphia, “one of the most remarkable blueprints of self-government” was born when 13 delegates produced the first draft of our United States Constitution. However, many of these envoys felt that the draft was deeply flawed by not specifying individual rights. They believed that the document explained what the government could do, but not what it couldn’t. This absence of a delineated “bill of rights” obstructed its ratification for four years. In the end, the framers heeded Thomas Jefferson who had argued:

A bill of rights is what the people are entitled to against every government on earth, general or particular, and what no just government should refuse, or rest on inference.

Inspired by Jefferson, drafted by James Madison, the American Bill of Rights was adopted in 1791 as the Constitution's first 10 amendments. They constitute our civil liberties and are the law of the land. Yet, Jefferson himself openly violated those civil liberties as a slaveholder. More on that below.

The birth of the American Civil Liberties Union
In 1791, when our civil liberties were enshrined in the Constitution, most citizens had no way to uphold them. Over 100 years passed when “most common constitutional violations went unchallenged because the people whose rights were most often denied were precisely those members of society who were least aware of their rights and least able to afford a lawyer. They had no access to those impenetrable bulwarks of liberty – the courts. The Bill of Rights was like an engine no one knew how to start.”
In the early 20th century, all that changed. A small group of visionaries that included the world-renowned author, Helen Keller, “dedicated themselves to holding the government to the Bill of Rights’ promises.” In 1920, they founded the American Civil Liberties Union and joining forces with the already established National Association for the Advancement of Colored People, NAACP, “began to challenge constitutional violations in court on behalf of those who had been previously shut out. This was the beginning of what has come to be known as public interest law,” providing the missing ingredient that made the constitutional system and Bill of Rights finally work.

The ACLU of Minnesota
Founded in 1952, the Minnesota Civil Liberties Union, which became the ACLU of Minnesota, carries on this important work of “promoting, protecting, and extending the civil liberties and civil rights of people in Minnesota through litigation, lobbying, and community engagement.” It is the pre-eminent civil liberties organization in our state, and a nationally admired leader among all the national ACLU affiliates.
Because of its fervent mission, and the organization’s continual delivery on its promise to undo “the pervasive unfairness that leaves our communities less equal, less safe, and less free,” I became a member, supporter and active volunteer.
On Wednesday morning, Oct. 12, after years of pandemic quarantining, I gratefully found myself once again as an in-person volunteer for the 2022 ACLU of MN Annual Fundraising Breakfast, held in the soaring, light-filled McNamara Alumni Center of the University of Minnesota. Well over a thousand hearty Minnesotans packed the auditorium to support its mission, vision, values and continued successes.
At this first in-person event since Floyd’s murder, the ACLU’s program paid homage to the ramifications of this tragic incident. “It is hard to overstate the galvanizing effect of Mr. Floyd’s death on public discourse...,” a recent New York Times article commented. A video segment of the breakfast program that graphically depicted the attacks by the Minneapolis police on members of press covering the Floyd protests validated the Times sentiment.
Under the “Values” section of the ACLU of MN website are the following principles: “We value civil rights and civil liberties for everyone, especially the most vulnerable members of our community who have been historically and systematically deprived of them. We value equity for all people, and equal justice under the law. We value the inherent dignity of all people.”

The Guthrie Theater and public discourse
Echoing these proclamations, let’s pivot to the work and mission of the Guthrie Theater. Following the years-long quarantine and the social unrest after Floyd’s death, the Guthrie emerged with a renewed commitment to “the creation of theater that wrestles with urgent questions and inspires dialogue with audiences; expands the diversity of voices, visions and styles onstage; and engages community members currently underserved by the Guthrie.”
In that spirit, we circle back to Thomas Jefferson, the founding father credited with the creation of civil liberties and to the new production, "Sally & Tom," by Pulitzer Prize winner, Suzan-Lori Park that runs through Nov. 6, 2022. The night before the ACLU breakfast, I sat front row center for this landmark production.
This work is a play-within-a-play that amplifies “the galvanizing effect of Mr. Floyd’s death on public discourse,” not solely by questioning the nature of Jefferson’s relationship with Sally Hemmings, sister of his enslaved valet, but significantly for his lifelong refusal to release his hundreds of enslaved workers. Using a modern theatrical framing device to set this story, Parks brings into sharp relief “the parallels between 1790 and today.”
While a major premise of the work rests on the controversy about whether Jefferson had intimate relations with and fathered children with Hemmings, Parks cleverly raises other critical questions about the sheer hypocrisy of this founding father who conceptualized the civil liberties that comprise the central laws of our country, and the unbearable legacy of inequality slavery has left. In a searing monologue, the character of Sally Hemming’s brother James tears apart the inhumanity and lack of dignity all of Jefferson’s slaves suffered from this man who wrote of unalienable rights.

The disgrace and the grace
The Twin Cities are forever disgraced by George Floyd’s murder at the hands of Minneapolis police. However, our metro area is graced by two institutions, the ACLU of Minnesota located in St. Paul, and the Guthrie Theater in Minneapolis, that in their respective ways battle the violation of the civil liberties through legal and legislative avenues and the arts.
There are many ways to support the ACLU of Minnesota. Please check the website at https://www.aclu-mn.org. And if possible, go to see "Sally & Tom" at the Guthrie: https://www.guthrietheater.org/shows-and-tickets/2022-2023-season/sally--tom/
Whether by activism or the arts, supporting these institutions honors the memory of George Floyd and fosters continuing dialogue about our civil liberties and our civil rights.