A POSTCARD HISTORY OF COMO PARK

Curious about what used to be at Como Park? Postcards hold the answers. 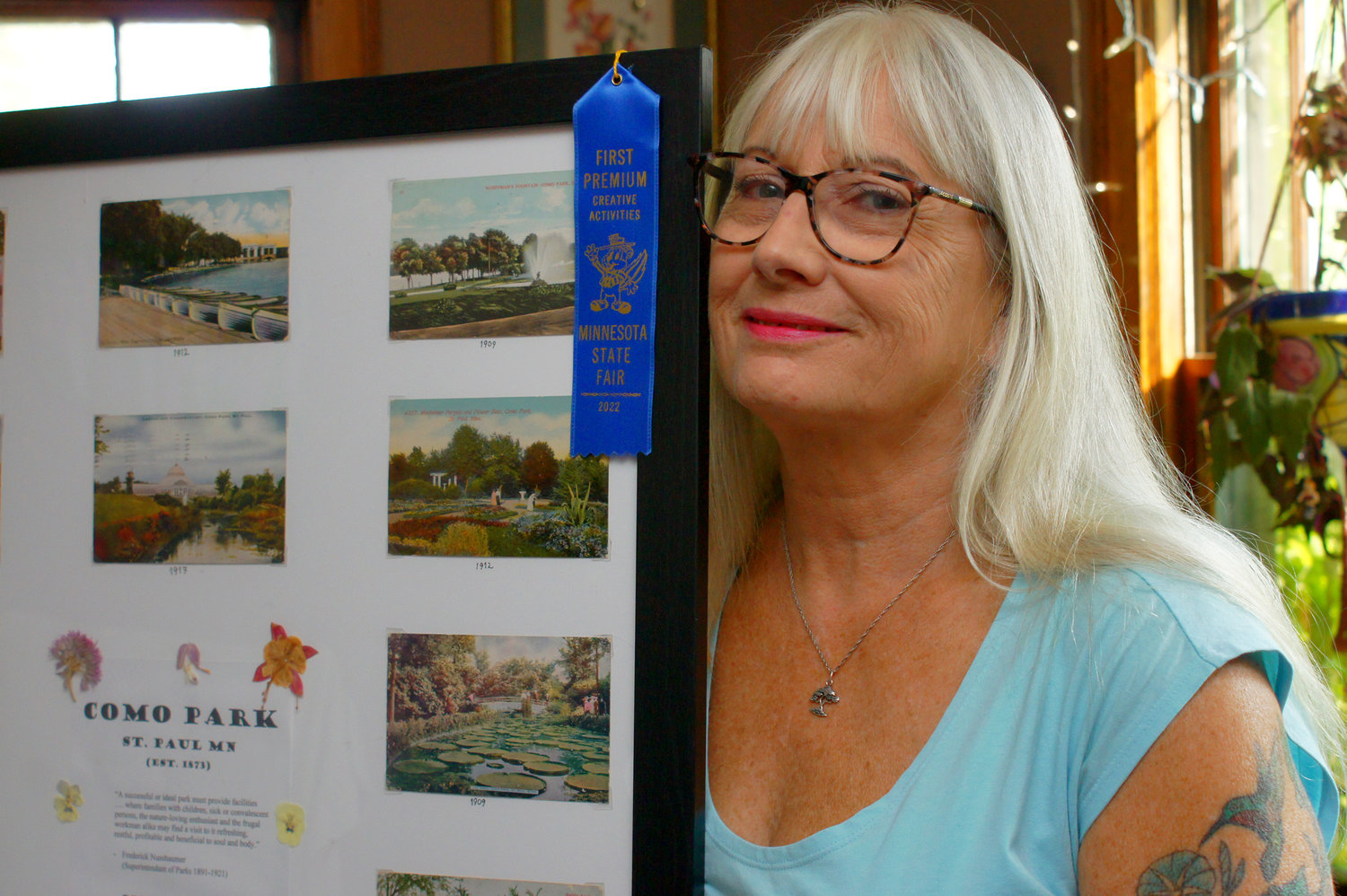 As a young mother, Robin Sherritt Gadban, now 69, often packed a picnic and brought her kids to Como Lake for the day. In the 1990s, she began exploring the locations of early park attractions. The Banana Walk, the Floral Parteer Gardens, Cozy Lake, the original Japanese garden – all gone. Intrigued, Robin began sifting through postcards of Como Park at antique stores. Today, Robin has a binder of more than 75 vintage postcards that portray the history of Como Park, from the late 1880s to early 1900s. Her postcards depict most of the early attractions she sought to find. Her collection earned a blue ribbon at the state fair. (Photo by Terry Faust) 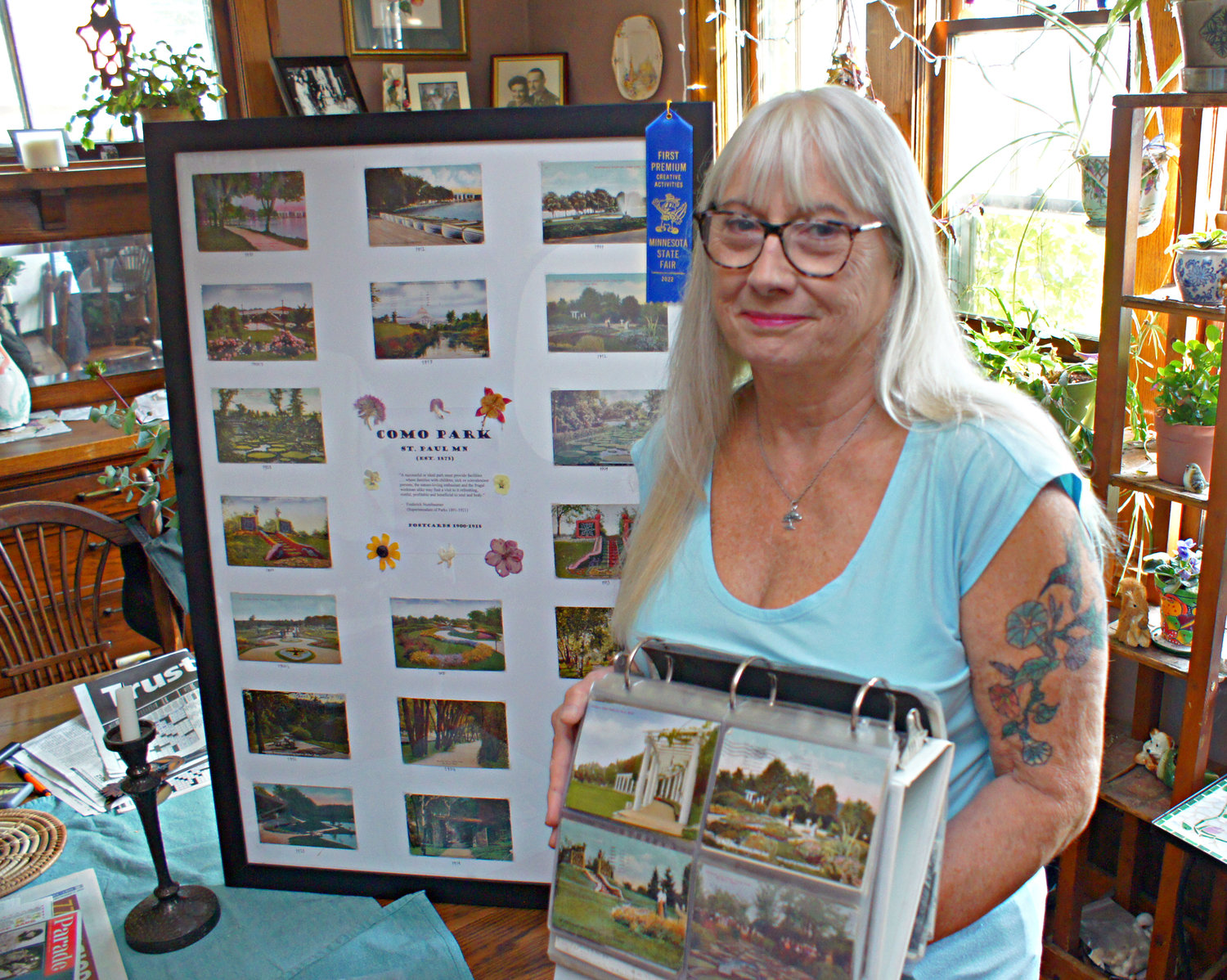 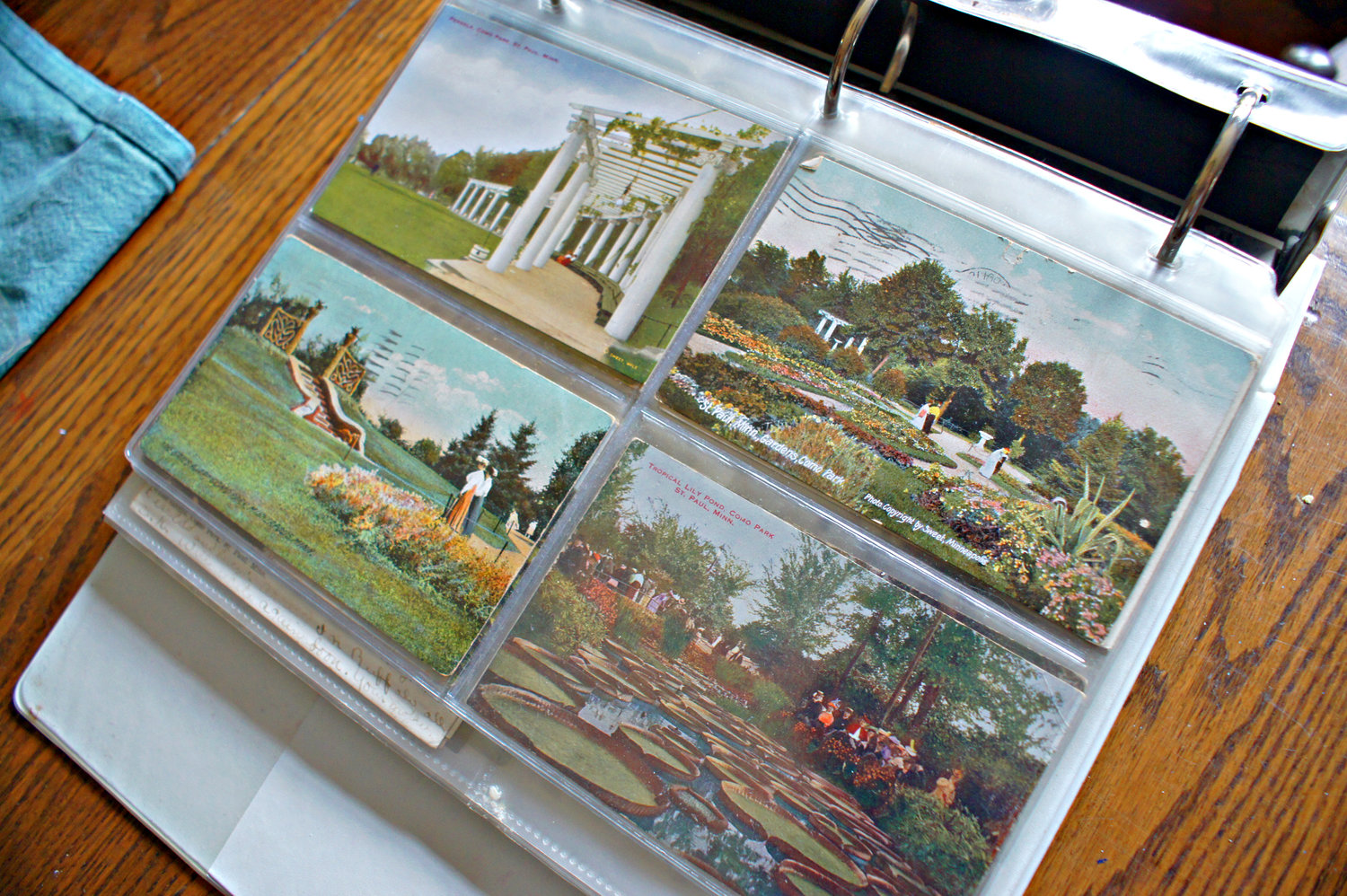 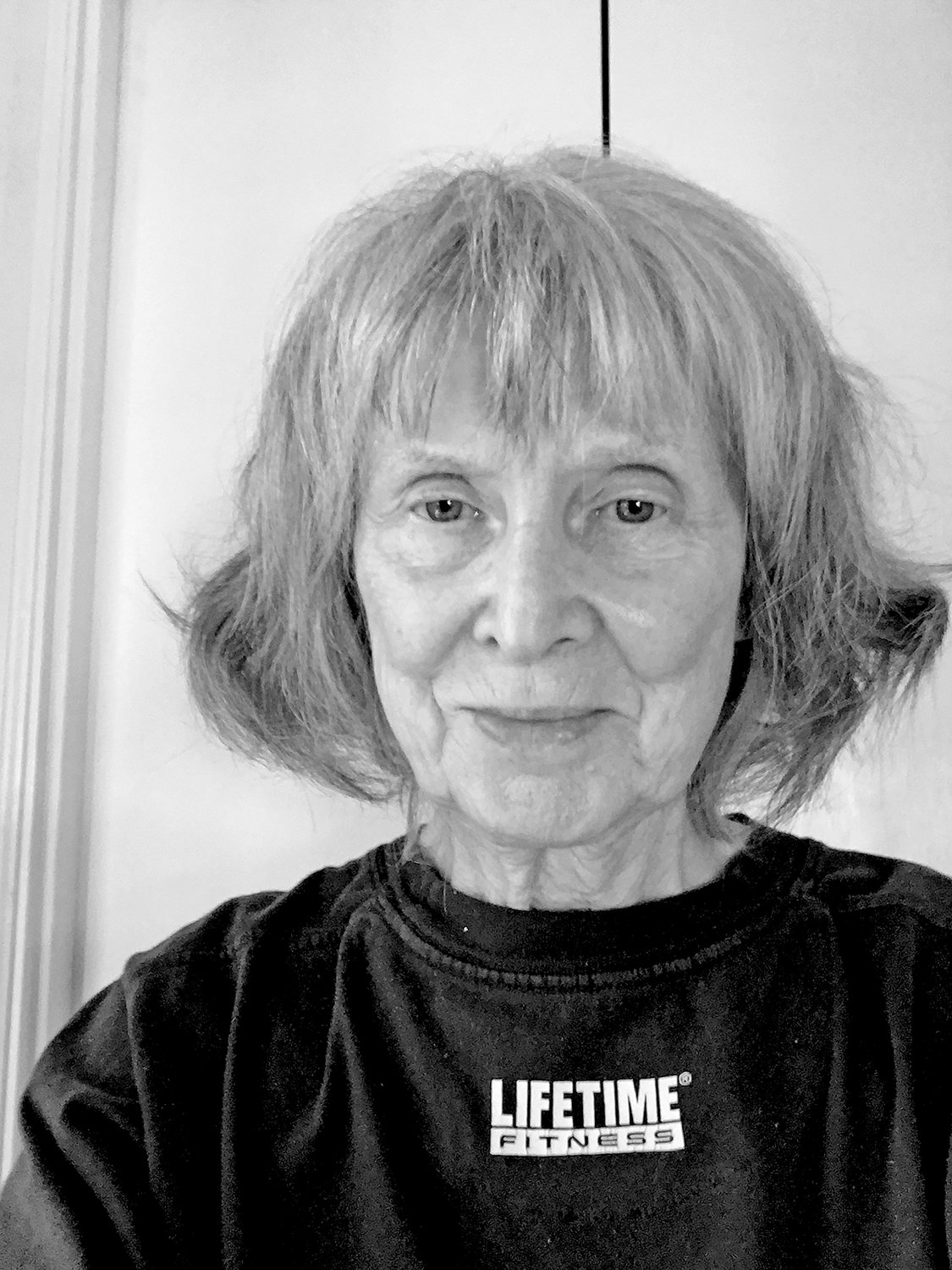 As a young mother, Robin Sherritt Gadban, now 69, often packed a picnic and brought her kids to Como Lake for the day. She dreamed of living in Como Park, and one day her dream came true.
In the 1990s, Robin and her husband, Tim, began exploring the locations of early park attractions. The Banana Walk, the Floral Parteer Gardens, Cozy Lake, the original Japanese garden – all gone. They found the remnants of a sandstone bridge that once spanned old Lexington Avenue, still standing, unused, southeast of the present-day golf course. Intrigued, Robin began sifting through postcards of Como Park at antique stores. She found one with a picture of women with long skirts, hats and parasols, standing on a bridge above a lily pond. “Lily Pond, 1905” St. Paul, Minn., it said. She bought the card for 10 cents.
It was the beginning of her 30-year collection. Today, Robin has a binder of more than 75 vintage postcards that portray the history of Como Park, from the late 1880s to early 1900s. Her postcards depict most of the early attractions she and Tim sought to find. Much of the park in 1900 was quite different than it is today.
1894-85 were banner years in the development of early Como Park attractions, and Robin’s postcards depict those earlier stages of the park’s history. The first Gates Ajar, (constructed-1894) was also one of the oldest postcards Robin found. The postmark is from 1907. The “gates” were smaller than the current gates, where so many young couples pose for wedding photos, but they were in the same location.
Within a roughly 30-year period of collecting, Robin found 75 different postcards of Como Park’s early scenic attractions, and then the postcards disappeared. What happened? Enter the fascinating history of postcards in America.
1905-1915 is considered the “Golden Age of Postcards.” By 1905, postcards were typically five cents, and were wildly popular as a cheap (1 cent stamp) way to communicate with family and friends. In 1903, Kodak released a small camera to the general public, so individuals could create their own images. In 1907, the first split back card was printed, allowing the sender to write a short message.
The year ending June 30, 1908, seven hundred million postcards had been mailed in the U.S. By 1913, 900 million. Postcard collecting became popular, partly because most printing was done by German printers, who had superior lithographic equipment and experience. By 1916, postcard popularity began to diminish and, by the 1920s, it was nearly gone.
A combination of situations contributed to the rapid decline in postcard mania. A tariff in 1909 protected American printers, but contributed to the demise of German aesthetic picture quality and production. By 1912, French-fold style greeting cards were in fashion. WWI saw a further decline in the use of German technology, and soon most postcard manufacturers had moved on.
With the exception of national parks, resorts and famous landmarks, today, local markets for postcards are too small to attract or support production and sales by large printing and publishing companies. Individuals and organizations can create their own postcards. The images on current cards are generally based on colored photographs, and are readily identified by their glossy appearance.
In spite of one mystery the postcards have never solved, Robin decided to enter her collection of a partial postcard history of Como Park in the State Fair’s Creative Competition Collections category. “Why now?” I asked her.
“I just retired,” she said, “and it’s time.”
The unsolved mystery? The original contents and exact location of the first Japanese Garden, installed in 1905. Robin’s postcard shows it by Locust Hill, also gone. Records show that the garden contained exotic plants and waterfalls and that it was close to Cozy Lake, which became part of the golf course. Given the topography, Robin and Tim believe that it was near the new Japanese Garden location. Three stone lanterns are all that remain. They’re currently displayed in the new garden.
As for Robin’s Creative Competitions Collections entry – it won a Blue Ribbon.
Sonjie Johnson has lived in Como Park for 28 years. An avid nature-lover, she has run or walked Como Lake all of those years, and finds the park’s history unique and compelling. She also gardens, reads, and writes. She belongs to the church of the open sky.