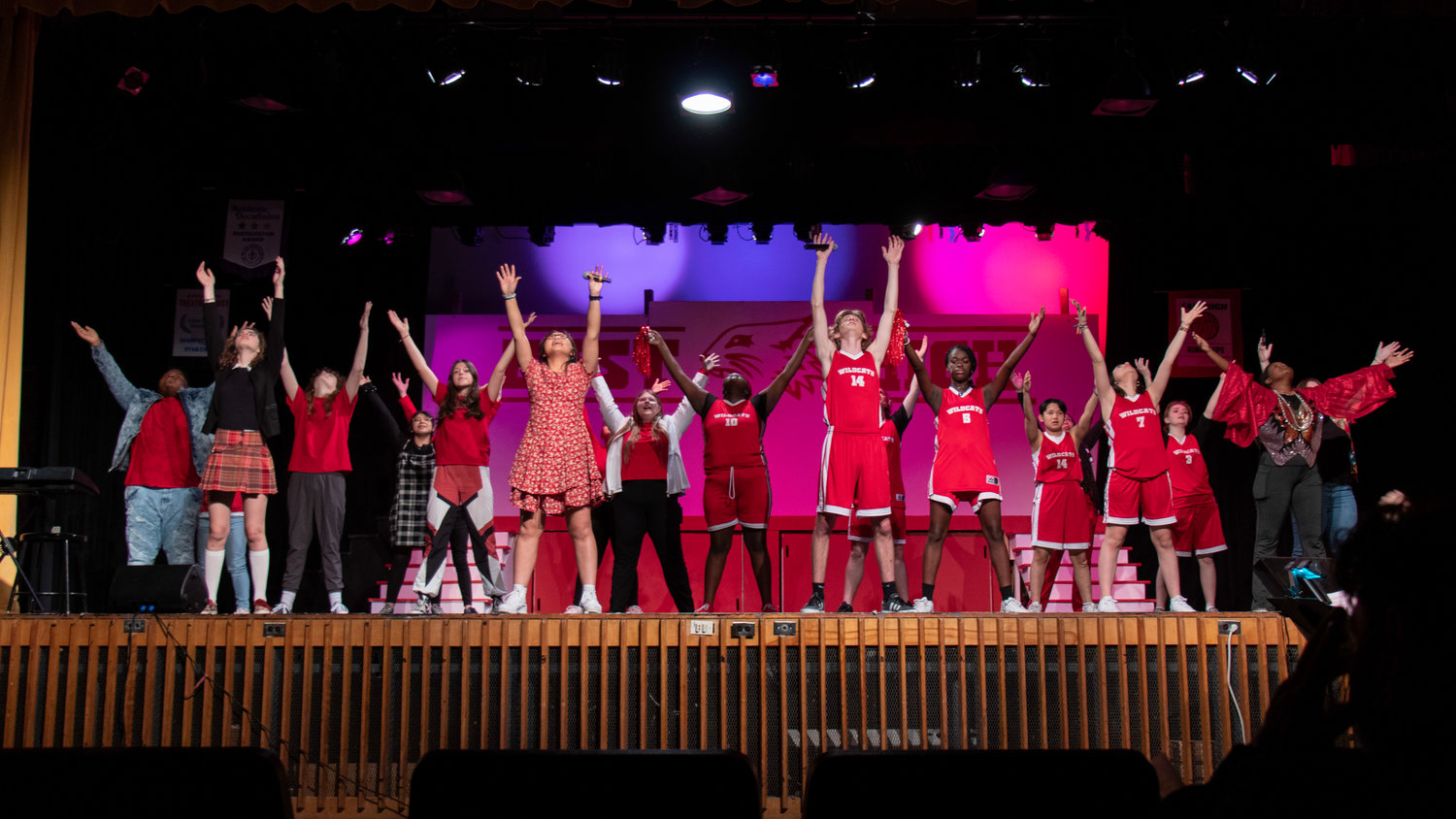 Following months of preparation, and after a two-year hiatus caused by the global pandemic, Como students finally had the chance to shine on stage with three performances of Disney’s “High School Musical.”
The Friday night debut performance on March 18 drew a large audience who gave a standing ovation to the hard-working cast and crew. It was a joyful night with a nostalgic vibe as the students’ revived well-known songs and characters from their childhood.
A matinee performance on Saturday, March 19 with another evening show later that evening resulted in a peak experience for both experienced and first-time theater participants.
Music Director/Producer Siri Keller appreciated both the dedication of her performers and the community support.
“I could tell from week one of rehearsals this was a special group of kids,” Keller said.
“They really all loved each other and were there to put their best foot forward during the entirety of the process. All the stress and late nights were worth it seeing so many people turn out to support us.”
Prominent roles included junior Emerson Spencer who stepped up to play Troy Bolton, and junior Ellen Chinema who brought humor to every one of her scenes as Sharpay Evans.
Senior PaNra Lee starred as Gabriella Montez. Lee is a talented singer in the Como Choir, but this was her first opportunity to be part of a musical.
“I feel like I really wanted to explode with energy,” Lee said. “With everything cancelled and postponed during the pandemic, the chance to be on stage was a way for me and all of us to bring about some positivity.
“We were truly ‘All in This Together’ (as the song goes). We put all our laughs and mistakes into creating Como’s own High School Musical with the help of the cast, crew and directors. I can’t wait to see what Como’s next musical will be!”

French Field Trip
Como students enrolled in French 2 and CIS French (College in the Schools co-enrollment course through the University of Minnesota) took part in an enriching cultural immersion experience at Alliance Francaise de Minneapolis/St. Paul last month.
Students rotated through three workshops led by instructors from France, Guadeloupe, and Tunisia. The workshop sessions were followed by an authentic French lunch and a lively game of French Scattergories.
The field trip was fully funded by the Nancy Solo-Taylor Scholarship Fund. Madame Solo-Taylor was a beloved French teacher at Como for over 30 years.

New library for preschoolers inspires them to read and lead