News for everyone, delivered to everyone
BACK 2 SCHOOL 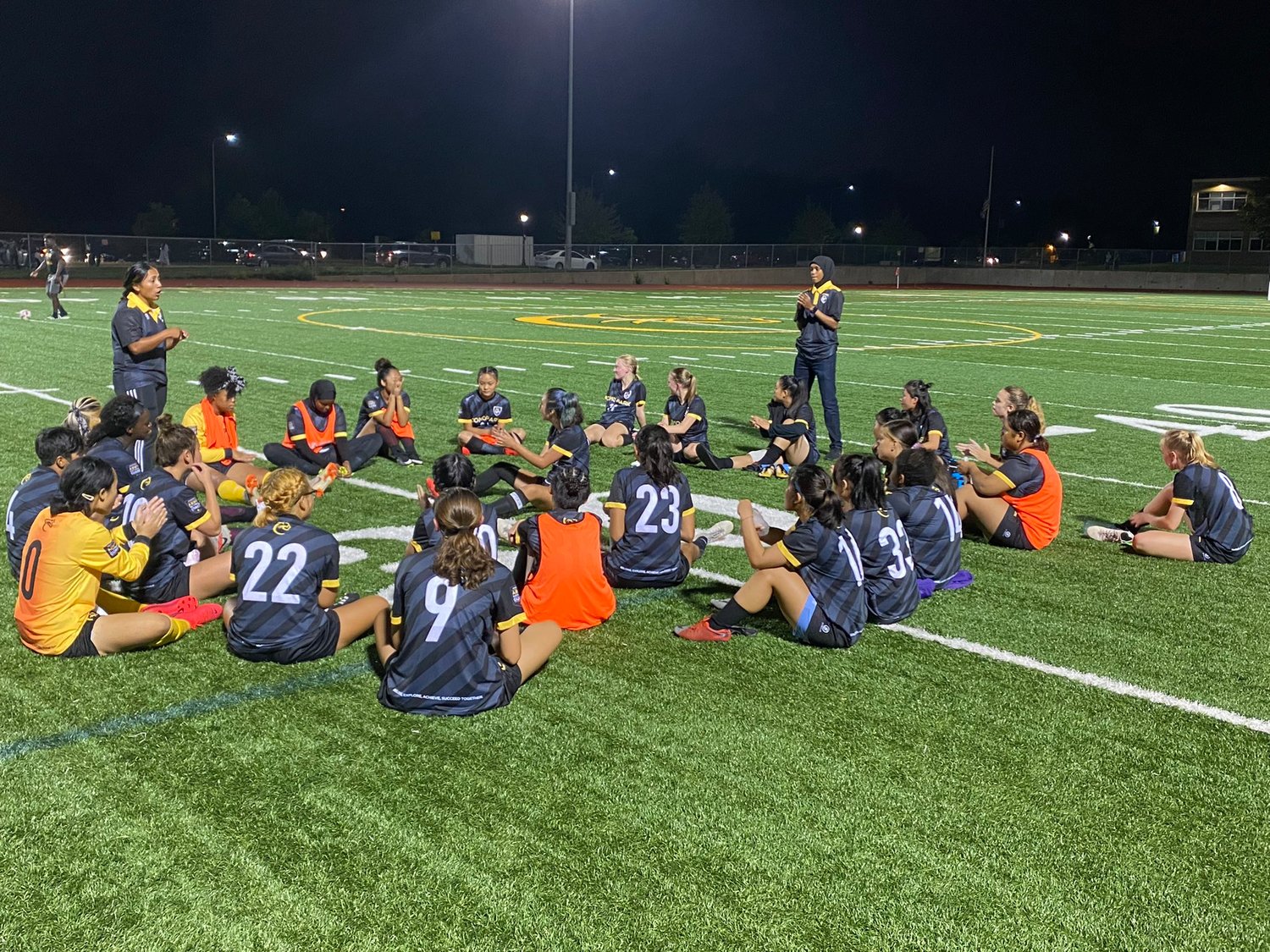 As we near the middle of September and start to feel cooler autumn air, high school sports teams are already one month through the 2021 fall season.
Student athletes across the state began their first day of practices on Monday, Aug. 16.
At Como Park High School, that meant the commencement of girls’ and boys’ soccer, football, cross country running, girls’ volleyball, girls’ swimming and girls’ tennis.
Competition in the form of games, matches, or meets started on Aug. 26. With academic classes starting on the late date of Sept. 9 this year, many teams already played four contests before the first day of school.
Here’s a brief preview and update for a few Cougar varsity teams.
Girls’ Soccer – Como is coming off a season in which they earned a record of 6-4-2. This year’s team is led by first-year head coach Gaby Diaz. Team captains include seniors Isa Sanchez-Esparza and Mariatu Kanu.
As the Monitor went to press, the Cougars were 0-3 with losses to non-conference opponents Richfield, Maranatha, and Minneapolis South. Look for the girls to get their offensive attack going in the St. Paul City games as they aim for a top-half finish in the conference.
Boys’ Soccer – Como finished with an overall record of 6-6-1 in 2020. This year’s schedule is as challenging as ever with fierce competition in the city, plus non-conference games against highly-ranked opponents.
The team has only senior captain Soren Berg returning as a starter, but a collective effort to step up produced a significant result in the season opener with the Cougars earning a 1-1 tie against Austin who was the No. 1 in the pre-season Class AA polls.
Como netted a 2-1 victory over St. Anthony Village in their second game before falling to Hill-Murray, ranked No. 4 in Class AA, on Sept.2.
Football – The Cougars made the most of their four games in 2020, winning them all to earn the St. Paul City Conference Championship. 12 returning seniors, including four-year lettermen Aaron Adekplovi and Justis DeLoach (who play on both the offensive and defensive line) running back Santos Aguirre, and quarterback Jude Breen, will lead this year’s team.
A 25-14 loss to the Harding/Humboldt co-op squad in their season opener on Sept. 3 wasn’t the start the Cougars hoped for, but there are seven more opportunities on the regular season schedule. The homecoming game versus Johnson will take place at noon on Saturday, Sept. 25.
Girls’ Swimming – Senior captain M’Ta Nashandi leads a younger team including returning sophomores Sophie Warner and Mia Trifilette-Simons. Coach Steve Conery is looking forward to working with several new swimmers who should help build excitement for a successful season.
Cross Country – Junior Charlie Power-Theisen took first place overall in a ten-team event at the Lake Elmo Park Preserve, helping propel the Cougars to a third-place finish in this season’s inaugural meet. Power-Theisen is the defending city champion.