News for everyone, delivered to everyone
VOICES AGAINST VIOLENCE SERIES

‘No one will believe you’

Abused for years by her dad and a troubled system, Renee and mom are finally free

We walked on eggshells constantly in our home never knowing what would send him into a rage,” said Renee. One day something might be fine, but the next day the same thing would be a major offense. “His rules were always changing, throwing us off on knowing how to behave to prevent one of his explosions. Everything was always our fault (never his), and we were the cause of everything wrong for him. We were stupid, lazy, worthless, oversensitive, crazy, emotional cripples and weak. We were told no one would ever hire us, want us or believe us.”
Renee
GET HELP 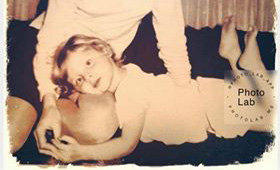 Renee and mother Nadine fought for some normalcy during her childhood despite her father's abuse. Today, they are happy to say they are survivors. (Photo submitted)

To the outside world, Fred* was a model citizen who worked at the top of the Hennepin County Social Service department as comptroller.

To his family, he was a dictator who was abusive and impossible to please.

His moods were up and down, he was controlling, manipulative, critical, blaming, cruel, rageful, isolating, hateful, belittling and unethical, recalls his daughter, Renee, now age 57.

She and her mother, Nadine, now 77, finally escaped into hiding in 2007 and go by alias identities.

He was careful to never leave visible marks

As comptroller, Fred was in charge of finances for the Social Services Department and Crisis Management.

“He knew the ins and outs of how to work the system,” said Renee.

He’d throw things at his wife and daughter, pulled his wife’s hair, and whipped Renee with a belt, but he was careful to never leave any visible marks.

Diagnosed with Complex Post Traumatic Stress Disorder (C-PTSD), anxiety, and depression, Renee doesn’t remember much about her childhood. She’s blocked out most of the memories.

“But I do remember the feelings they provoked, and how the abuse has affected me,” she said.

‘No one will ever believe you’

“Imagine being in an environment so abusive and stressful that as an infant in the womb I did not even want to come out!” Renee said. She was a month overdue, and wasn’t born until her mother had been induced.

At three, she was so stressed and nervous that she had failed to thrive. She was underweight and her hair came out in hand fulls.

She was fearful all the time, didn’t get her needs met, and rarely talked.

“My father controlled everything from when we slept and when, what and if we ate,” recalled Renee. She remembers a house full of yelling, name calling, swearing and threats. Plus, her dad threw things and broke them.

“We walked on eggshells constantly in our home never knowing what would send him into a rage,” said Renee. One day something might be fine, but the next day the same thing would be a major offense. “His rules were always changing, throwing us off on knowing how to behave to prevent one of his explosions. Everything was always our fault (never his), and we were the cause of everything wrong for him.

“We were stupid, lazy, worthless, oversensitive, crazy, emotional cripples and weak. We were told no one would ever hire us, want us or believe us.”

She worked hard to stuff her feelings and emotions so that they weren’t used against her.

“Sometimes my feelings became so intense because of not being allowed to express them that I had to find a way to release them,” she remembered. “I started burning myself when feelings became more than I could possibly hold inside.

“I felt like a teapot about to explode and the burning of flesh felt like letting off steam.” 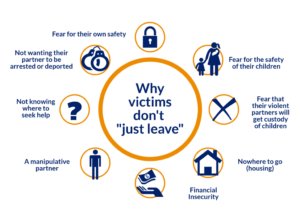 She didn’t start talking in school until junior high. Her grade school teachers were always telling her mother, “She doesn’t talk.” Her mom wanted to know what she could do. Now they both know that’s a symptom of abuse.

Renee remembers that kids at school thought she was stuck up, but she was just afraid to have friends. She didn’t want others to know what happened in her home, and felt ashamed and embarrassed. She didn’t want to subject any one to her father’s abuse.

She had made that mistake before. She had invited friends over, and Fred accused them unjustly of stealing from him. He caused such a stink in the neighborhood that after that no one was allowed to play with her.

Renee didn’t get to do the usual after-school activities that other kids did, and she wasn’t allowed to work outside of the house. It was another way to control her and keep her dependent financially upon him.

“He was great at finding a person’s weaknesses and using it against them,” observed Renee.

If Renee or her mother enjoyed anything, they paid dearly for it. “I never was sure if it was because dad was jealous or if he just really enjoyed making us miserable,” remarked Renee.

He anticipated any question of leaving by telling them that no one would believe their story. After all, he was a successful comptroller in the social services department. If they couldn’t go there for help, where could they go?

Still paying dearly as an adult

As an adult, the abuse continued although it looked different. When Renee called home to talk to her mom, he would lie and say she wasn’t there. He’d threaten Renee that she couldn’t have anything to do with her mom if she didn’t do what Fred wanted.

When Renee’s husband died, she was left to raise her two stepsons, who were initially treated much better than she was because they were males. At first, Fred spent time and money on them, recalled Renee, but eventually he started to use them for his personal gain and the abuse began for them, too.

“He would often make me chose between my stepsons or my parents and extended family,” said Renee. “I would end up paying dearly for trying to be a good mom to the boys.”

Finally, one day her youngest stepson and the most laid back of the two, did what everyone dreamed about but never had the guts. He punched Fred and left.

Finally, they went into hiding but he used system against them

As he aged, Fred didn’t get any better. Instead, he escalated to threatening them with knives and loaded guns. He manipulated or “bought” friends to carry out some of his dirty work, as well.

Finally, Renee helped her mom leave Hennepin County and they went into hiding together in a new county.

They decided to leave at a time inbetween his rages because they thought he wouldn’t be watching them as closely. To their dismay, they discovered that their local police didn’t understand that line of reasoning. “I think the victim knows the situation best and when to leave,” remarked Renee.

To retaliate, Fred started hiding and getting rid of their assets, along with the things he knew Nadine and Renee cared most about.

“The legal battle in the divorce was a joke,” stated Renee. “My dad blatantly lied through the court hearings and was in contempt of nearly every court order. He was rarely held accountable or punished for refusing to obey court orders.”

He used the court system to harass them by filing false accusations, wasting their time and money to defend themselves. “Nothing was done to stop him from doing this,” said Renee, who is still shocked by how things played out in the court system. “When finally threatened by the courts for jail time, he moved out state so he wouldn’t be arrested.” 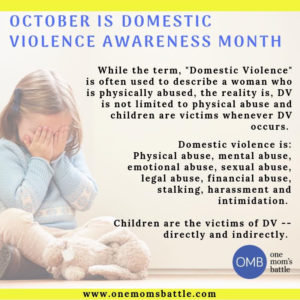 Both Renee and Nadine filed for orders of protection, but Fred appealed them. Renee’s remained but her mom’s was removed by Hennepin County Judge Bruce Peterson. This was despite Fred pointing a loaded gun at them both during a rage. “Apparently, leaving a threatening message on my voicemail, confronting us, screaming, and pointing a loaded gun at us was not reason to give my mom the OFP because my dad didn’t say he was going to kill us (that time),” stated Renee. “Apparently, perpetrators have to tell you they are going to kill you before they pull the trigger.”

She was also frustrated by the family court insistence that her mother attend mediation with her abuser in the same room. “How is this going to be productive when the abuser is abusive and controlling?” she asked.

Her parent’s divorce was messy, ugly and complicated, Renee observed, and is now studied by law students.

“We found that the legal/judicial system we always believed in is not just. Victims keep getting re-victimized by the system,” said Renee. “How do we fix a broken system?”

She advocates, “Get involved, have a voice, educate and contact your representatives!”

Shouldn’t be ‘Why doesn’t she leave’ but ‘Why does he do that?’

Renee is working to help people understand the dynamics of abusive households and to recognize what’s happening.

“I feel most people do not understand abuse or people would not ask why doesn’t she leave him? Why not, ‘Why does he mistreat someone who loves him’ or ‘Why is this acceptable in society?’”

She added, “Most people think the abuser is mentally ill because certainly no one in their right mind would behave as the abuser does. But actually, domestic violence is a learned behavior.” 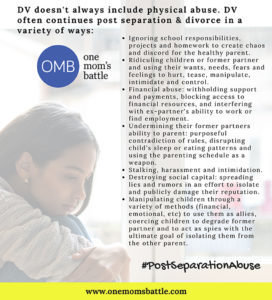 Renee has found support and help at the Minnesota Coalition for Battered Women (now Violence Free Minnesota), the Alexandra House in Anoka, Home Free Community Program, the Domestic Abuse Project, and DomesticShelter.org. She’s also grateful for the various domestic abuse support groups she has been a part of, therapists she’s worked with, doctors and some educated priests. She and her mom benefited from the local food shelf and community action groups.

She recommends that others check out the free app InsightTimer for its meditations, and Lisa A. Romano’s talks.

Today, Renee knows that she is still affected by the abuse she’s lived through. It is part of how she lives and her relationships with others. She’s found it difficult to trust in herself or others. Her self-confidence is low, she has trouble expressing emotions, she replays memories, and doesn’t always want to be touched, and can be jumpy, nervous, and easy to frighten. She suffers from a chronic illness.

But she’s a survivor. One who is working to transcend the wounds of the past, to learn to love herself, and to be comfortable in her own life. She’s got a future filled with hope, laughter and freedom. She believes her future is a gift from God.

Read more in our Voices Against Violence series here.

• They took her children away

• She must have done something wrong

• Assume mothers get custody of the kids in domestic abuse situations? Think again.

• "It should never have happened'

• Jennifer's ex tried to convince her, others she was crazy