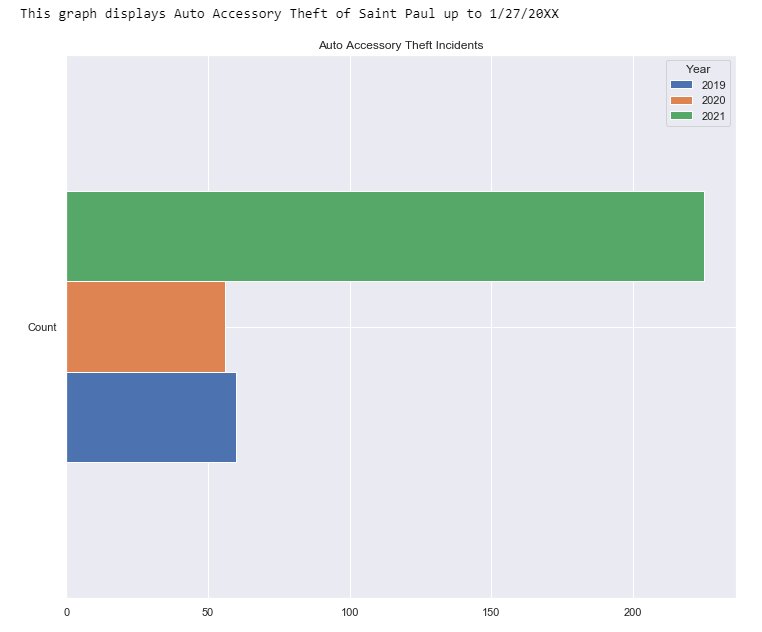 If you haven’t had your catalytic converter stolen this year, chances are you know someone who has. The catalytic converter is a device located in the exhaust system underneath an automobile that filters harmful emissions. It is made with rare and valuable metals. Thieves steal and sell the stolen catalytic converters to legitimate scrap-metal dealers. In early 2020, the value of the rare metals has sharply increased and, as a result, there has been a national surge of thefts. For the city of Saint Paul, compared to last year, it is reported auto-accessory thefts have increased by 300%.
Catalytic converter thefts are an economic crime that disproportionately impact lower income households, and renters because they are less likely to have a garage or secure parking area. Replacing a catalytic convertor can cost up to thousands of dollars. In the event that it’s partially covered by insurance, there are still hefty out-of-pocket expenses and potential increases in policy premiums. A neighbor reported that the thieves that took her convertor caused additional damage to the vehicle that will bring her total repair bill to $5,700 - about the value of the car.
Sensible legislation would place regulations on scrap-metal buyers. Our state legislators have been slow in getting meaningful legislation to pass likely due to partisan bickering. Currently, in both the MN House and MN Senate there is a respective bill introduced by Republicans (SF206, and HF330) and Democrats (SF890 and House bill to be announced). Even though they have similar content, they are likely to be voted for/against across partisan lines. At the state legislature, the Democrats hold a majority in the House and Republicans hold a majority in the Senate. It is likely two different types of bills will be pushed forward prolonging the passage of a finalized bill... essentially political gridlock.
This is not acceptable!
President Biden has called for bi-partisan unity in Congress. In reality, it is naive to believe that two opposing political parties that gaslight each other will cooperate on most issues. Bi-partisan unity is advocated when the dominant party asserts compliance over the minority party through moral pressure. Instead, we should strive for non-partisan unity, where the citizens’ interests are prioritized over party interests. In tangible terms, our legislators should come together earnestly to tackle the issue and the proposed bills (include companion bill) should be a stand-alone bill, so legislators can vote directly and it can be passed swiftly.
How can you help?
As citizens, we can pressure our legislators to put aside their differences to support effective legislation via a pressure campaign. I have created a petition that serves as a living document of those impacted/concerned with catalytic converters thefts. Please sign it, and share your story in the comments: http://chng.it/8hBHJJtVwP
Also, I’m going to be organizing an interactive virtual meeting bringing legislators, and citizens together focused on creating action and broader awareness to push for non-partisan unity. There will be more details. Feel free to follow the the campaign of twitter page: https://twitter.com/RConverters
Frogtown resident Abu Nayeem is a community organizer, and data specialist. He has a masters of science in agricultural & resource economics from UC Berkeley.