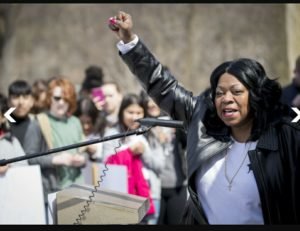 Valerie Castile became known to the wider world when her son Philando was murdered by a St. Anthony police officer almost four years ago.

In a recent phone interview, she said, “This has been been a really emotional time for my whole family, since George Floyd was killed. If someone does something wrong, it’s their civil liberty to have their day in court. There’s no reason to take a human life unless you are sure that person is trying to kill you. I mean, really trying to kill you – and George Floyd was lying handcuffed with his face in the street.” 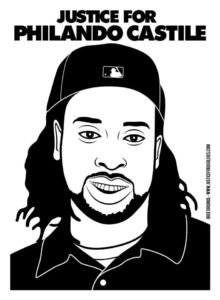 In the years since her son’s death, Castile has built a foundation to help victims affected by gun violence and police violence. The Philando Castile Relief Fund helps families of victims with funeral attire and resources for grief counseling, among other things.

Castile, who talks regularly with elected officials about issues related to policing, community relations, and use of force spoke with Governor Walz the day after Floyd’s murder. She told him, “People are going to rebel. I was so angry. Somewhere there’s a piece of paper 30’ long with all the names of people killed by police in this city. It’s too much to take.”

She continued, “Everybody is trying to understand how things got so out of control with the riots. It seems like when the anger comes in, common sense goes right out the window. We’ve got to remember that there’s only one race, and that’s the human race. If enough of us continue to work on this together, something IS going to change.”