TOO MUCH COFFEE: Let’s start believing women and children 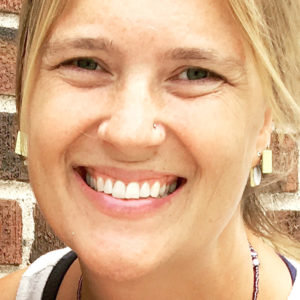 This month, we launch a new series aimed at putting a face on domestic violence and intimate partner terrorism that we’re calling “Voices of Violence.”

The majority of people in this series will be anonymous for their safety, and to avoid causing trouble with their custody cases. Unfortunately, we can’t get the full story unless they can be assured that it won’t blow-back negatively on their drive to protect their kids – the foremost concern of the women I’ve interviewed.

However, I have carefully vetted their stories, and know that each woman is speaking for many who can tell the same sorts of stories with the same cycles of abuse. They all fell in love with a man who was good to them, and who later switched to angry, manipulative and controlling actions that left them baffled and confused. Things started out with behaviors that didn’t seem so bad, and then got worse with a fair amount of gaslighting thrown in so they would question what was really happening.

And then they got the questions from friends and family: Why did you stay? The answer is complicated, as you’ll see from these stories. And women are often pressured to stay and patch things up for the “sake of the kids” while they’re also told by others that if it were them, they would have left a long time ago. They would never have stood for this. In many way, these women can’t win. And, sometimes, a victimized person may not be able to get away from their abuser because the abuser will not let them do so.

Take a look around you. One in every three women you see and 1 in 4 men have experienced some form of physical violence by an intimate partner. This includes a range of behaviors (including slapping, shoving, pushing), and in some cases might not be considered “domestic violence.” That’s a pretty high number. This kind of thing is happening all around us and we probably don’t know it.

The sad thing is, being smart and educated, kind and empathetic, a good mom and a good wife – none of that prevents you from being abused. Anyone can be a victim of domestic violence and there is no safeguard from it, even though we wish there was.

But what is even sadder is the stories women tell about how they and their children haven’t been believed. How someone has questioned if what they said really happened. How a family member sided with the abuser. How Child Protection Services came out and said that the bruises and pain he left weren’t bad enough to launch an investigation that might impinge upon his career. How family courts ignored the signs and put children into unsafe situations because they think that any dad is better than no dad.

It’s true that fathers are important, but what’s even more true is that kids need to be protected. It’s up to us adults to keep them safe.

The children affected by this is staggering, and can be considered the greatest health crisis of our time. More and more research is backing up that Adverse Childhood Experiences (ACES) – such as witnessing abuse, being abused and experiencing your parents divorce – can be traced to a myriad of health and mental health issues that cost the world millions of dollars to treat.

Our series will look more closely at the women affected by intimate partner violence because they comprise the majority of those being abused and they are hurt more severely more often, but we recognize that men also find themselves in abusive relationships, as do those in same-sex relationships.

As I’ve chatted with people involved in domestic violence advocacy and the family court system here in Minnesota and around the country, one thing that is clear is our family court system hasn’t made enough progress in the area of intimate partner violence. It recognizes bruises and may hand out orders for protections for women, but it hasn’t stopped to consider the effect of that continued and ongoing abuse on children. It’s also stuck thinking that “It takes two to tango” when it can just take one disordered and mean individual determined to keep fighting and using the family court system to engage in domestic abuse via proxy. It is sad and hard to believe that some people will use their kids to keep hurting their exes for years – with no regard to the damage inflicted on their children.

Mothers know – and they’re pushing for change even while they are painted as vindictive, crazy and hysterical liars.

It’s past time that we listen when children tell us through their actions that they are in unsafe home environments. Next time you get frustrated by a kid with rebellious or aggressive behavior, consider the message they may be trying to tell you behind that “bad behavior.”

External signs of child abuse include:

• problems with relationships and socializing

• negative impulsive behavior (not caring what happens to yourself).

• Avoid doing things with other children

• Behave much younger than his or her age

• Behave older than their age e.g. ‘a little mother’

• Blame themselves for problems or believe they are ‘bad’

• Overreact when they make mistakes

• Have inappropriate reaction to pain, e.g. ‘I deserve this’

• Demonstrate neurotic behaviours such as hair twisting or rocking

If you are a victim experiencing abuse, contact Day One at 866-223-1111 to connect with services.