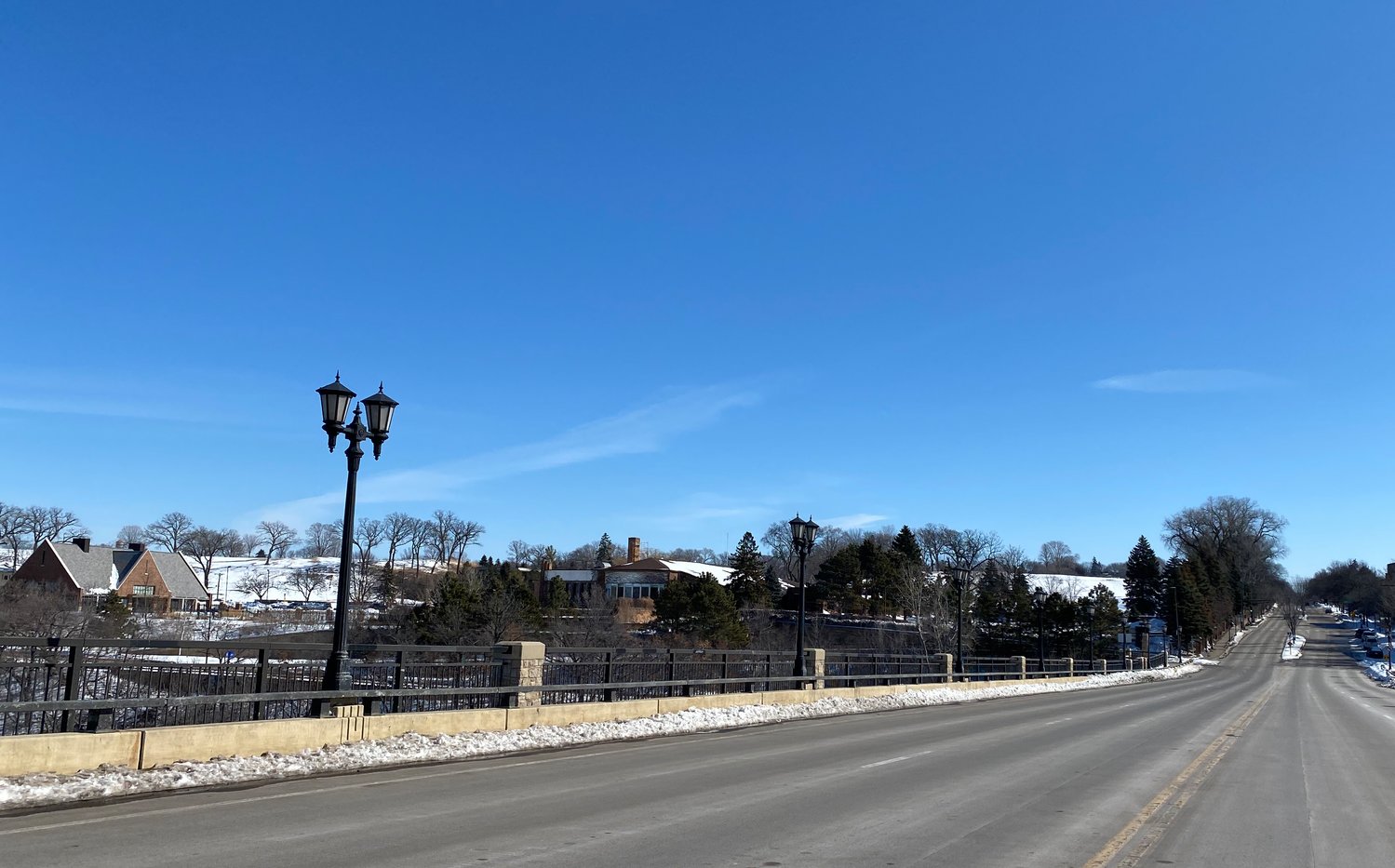 The historic Town & Country Club will remain a golf course, despite being eyed by St. Thomas University for a campus expansion. (Photo by Tesha M. Christensen)
Posted Thursday, March 10, 2022 2:16 pm
By JANE McCLURE

A University of St. Thomas inquiry about purchasing the historic Town & Country Club for athletic facilities and possible campus expansion came and went as quickly as a pop-up fly ball.
The club’s directors rejected the unsolicited $61.4 million offer to buy the golf course Feb. 22, days after it became public. The proposal provoked a firestorm of debate on social media and drew questions at a virtual UST town hall Feb. 21 meeting about university finances. The university’s student news source, Tommie Media, reported that lower than anticipated enrollments have impacted university revenues.
While athletic facilities would be the focus of capital campaign fundraising, the notion of buying the golf course had raised questions among students and alumni.
For neighbors, the loss of a space they use for winter sledding and dog walking sparked objections, along with questions about potential game-day traffic and disruption. Some questioned why UST doesn’t expand facilities on its own campus or develop the facilities announced in 2004 for the two-block expansion area.
Since its move to Division 1 athletics, UST has considered sites for improved facilities. A hockey area is a major need, as are new baseball and softball facilities. Training facilities and parking have also been eyed.
UST has softball and baseball facilities on its campus but uses the St. Thomas Academy hockey rink in Mendota Heights.
UST will look at other sites for needed facilities, including the former Ford Motor Company plant in Highland Park. Ryan Companies is developing that site as the mixed-use Highland Bridge development.
“We understand and respect this decision. We appreciate that Town & Country’s leadership brought our interest forward to its membership, and we thank them for their consideration,” said Andy Ybarra, UST associate vice president for public relations and communications.
While the golf course at Marshall and Cretin avenues would have provided space for new athletic facilities and possibly future campus expansion, two significant hurdles stood in the way.
One is the conditional use permit UST operates under. Almost all St. Paul colleges and universities have conditional use permits, which among other things set campus boundaries and dictate heights and setbacks of new structure.
UST’s current boundaries were set in 2004 after a long and contentious fight with neighbors over campus expansion. While that expansion allowed for two blocks to be added to the campus, UST had to sell properties it owned outside of the boundaries.
Expanding the boundaries would require going back to the planning commission and likely city council. The 2004 boundary fight sparked legal action at one point.
Another issue would be potential tax liability for the club members. Town & Country leadership immediately sought legal counsel to help its board sort through a series of complex issues, according to Matt Winkel, president of the club. One issue was how much in taxes would be owed if a sale went forward.
Town & Country operates under a state property tax open space program, which allows some taxes to be deferred. The club currently pays almost $120,000 in property taxes on the club site itself and about $185,000 on the golf course.
If the property is ever sold, such as to UST or to a future housing developer, that would mean catching up on property taxes for seven years at a cost of $12 million or more. The approximately 300 members would get some kind of payment, estimated at $160,000 had the sale to UST been approved, but deferred taxes would have eaten up part of the sale proceeds.
After the Feb. 22 meeting, club leadership didn’t address the tax issues but did make it clear that the course will remain as is, saying in a statement: “Over the last week, the Town & Country Club Board of Directors carefully reviewed the University of St. Thomas’ proposal, explored questions related to the proposed transaction and most importantly, listened to input from our members. Having completed that work, the board voted unanimously to reject the university’s proposal and inform them that we have no interest in any further engagement on this topic.
“Town & Country Club is not for sale.”