News for everyone, delivered to everyone
CAIR- Minnesota 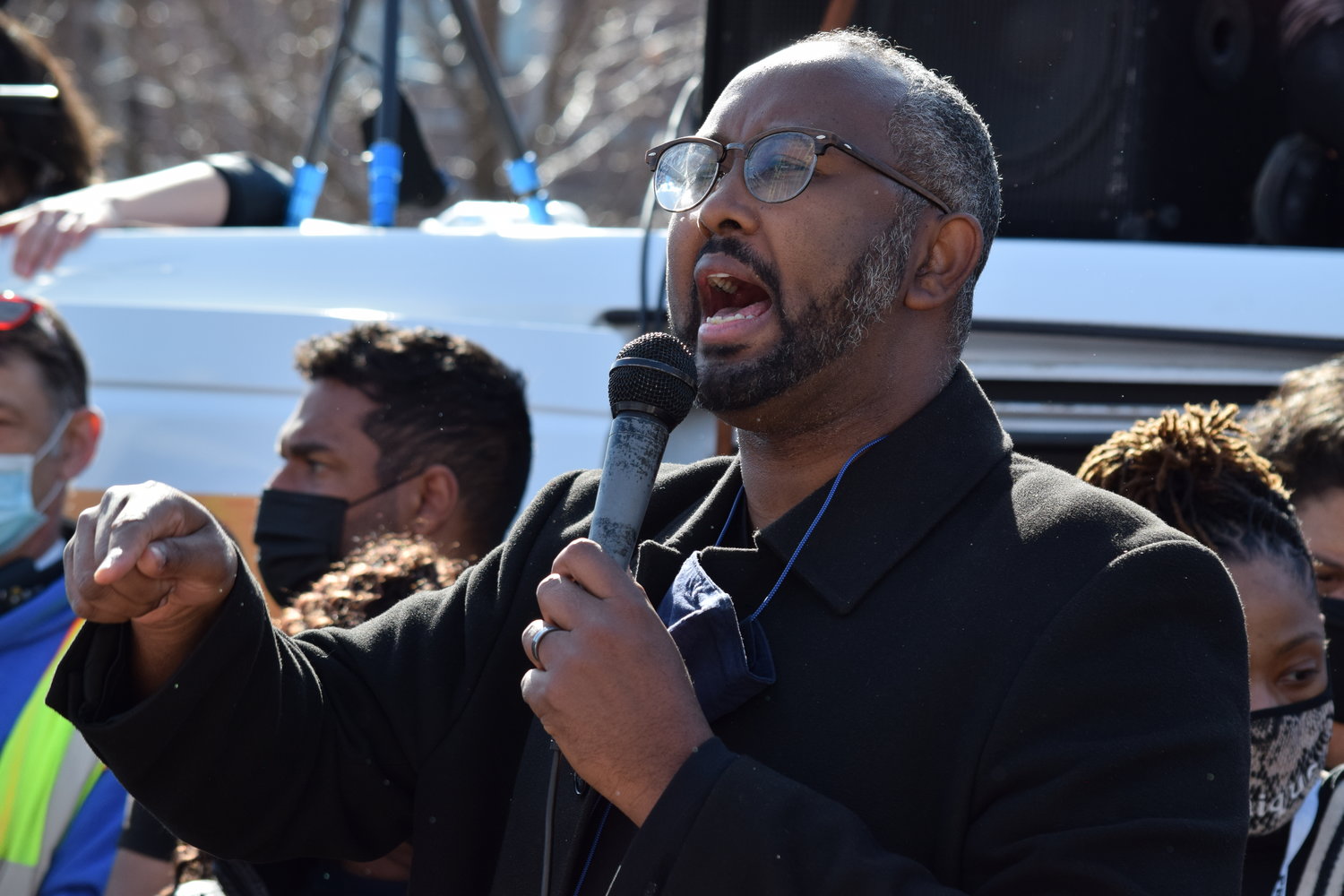 On April 20, 2021, CAIR-MN was at the Justice for George Floyd Coalition headquarters in downtown Minneapolis, watching with our coalition members as Judge Cahill read the verdict in the case against former Minneapolis police officer Derek Chauvin. We celebrated with our community after a jury found Chauvin guilty on the count of 2nd degree murder, guilty on the count of 3rd degree murder, and guilty on the count of 2nd degree manslaughter.
Guilty.
Guilty.
Guilty.
For the past five weeks, CAIR-MN has been on the ground, working toward for justice for George Floyd. For the past year, we've been working with our community as we mourned together, were outraged together, and rebuilt together. From the very beginning, CAIR-MN has had their boots on the ground mobilizing activists and working through coalitions as we fight to hold police accountable for their brutality.
Last year, last month, today, tomorrow: CAIR-MN will be there for our communities.
This conviction was a step toward police accountability and for that we are grateful. But there is still a great deal of work to do. We must continue to fight for those whose lives have been stolen by police officers.
Daunte Wright.
Justin Teigen.
Jamar Clark.
Countless others throughout the United States.
A growing coalition of community groups including Communities United Against Police Brutality, Minnesota Disability Justice Network, Minnesota Justice Coalition, Racial Justice Network, Twin Cities Coalition for Justice 4 Jamar, Families Supporting Families Against Police Violence, and Council on American Islamic Relations (CAIR) Minnesota demands police accountability and an end to police violence.
The time is now for our legislature to pass meaningful, common sense laws that will hold police accountable and make our families safer.
The killing of George Floyd was not an anomaly. Police brutality is a real issue that disproportionately impacts Black, Indigenous, People of Color and low-income people in Minnesota and across our nation. In Minnesota alone, there have been over 400 deaths from police brutality since 2000.
The torture and killing of George Floyd in nine minutes and 29 seconds is perhaps one of the worst police brutality cases in our nation's history. This happened here, in our state, in our community. In this moment as the entire nation and world watches Minnesota, we have an opportunity to lead the nation by passing pragmatic laws to promote safety, justice, transparency, and accountability.
Courageous Minnesotans are currently standing up for justice for all and peaceful protestors are demanding accountability and common-sense laws. Today, we are asking Minnesotans to demand Justice for George Floyd and all Stolen Lives by passing the following bills during this year's state legislative session.
The bills would:
• End the Statute of Limitations for Lawsuits for Wrongful Deaths Caused by Police (HF 717, SF 2021)
• Strengthen Civilian Oversight (HF 640)
• End Police-Only Responses to Mental Health Crisis Calls (HF 1686, SF 1924)
• End Qualified Immunity (HF 1104, SF 580)
• Independent Investigatory and Prosecutory Body for Police Critical Incidents
• End Prosecution for Reporting Police Misconduct (HF 2201)
• End No Knock Warrants (HF 1762, SF 2139)
• Require Police to Carry Professional Liability Insurance (HF 440, SF 815)
• Require Access to Body Worn Camera Footage in Police Critical Incidents within 48 Hours (HF 1103, SF 807)
We ask you to join us in this continued fight with us. We must stand together with our community. Let's keep the momentum going. We still have so much to do.